Americans Did 13.9 Billion Searches in August

Google Sites' market share of search engine activity dropped very slightly in August, down 0.1 percentage points compared with July. But it is still very much the leader in this space: It handled 64.6% of all US searches, with Yahoo! Sites the closest competitor at 19.3% of search market share: 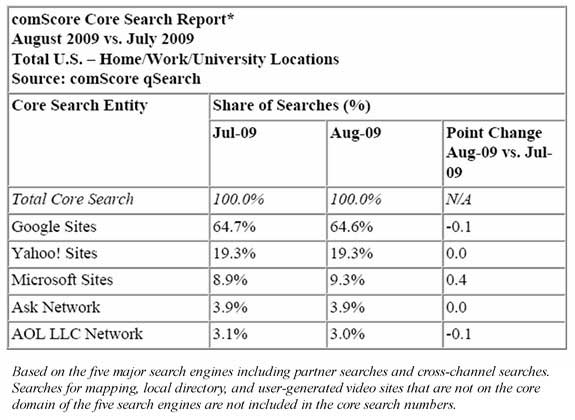 Americans conducted 13.9 billion searches in August, up 3% from July. Here's what the market share for each of the top 5 search engines translates to in real numbers: 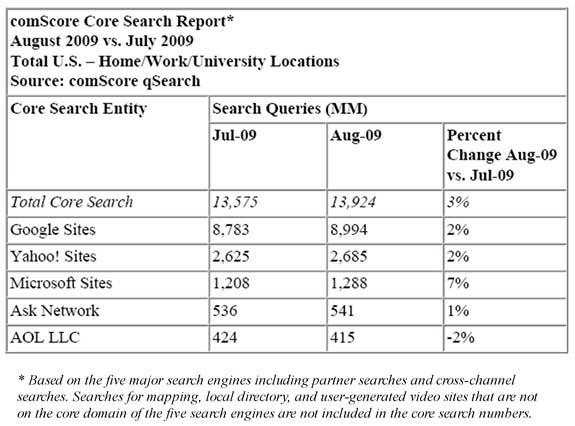 A Wider Look at Search

comScore's August 2009 analysis of search looked beyond sites devoted to search to encompass all sites on which search activity occurred: 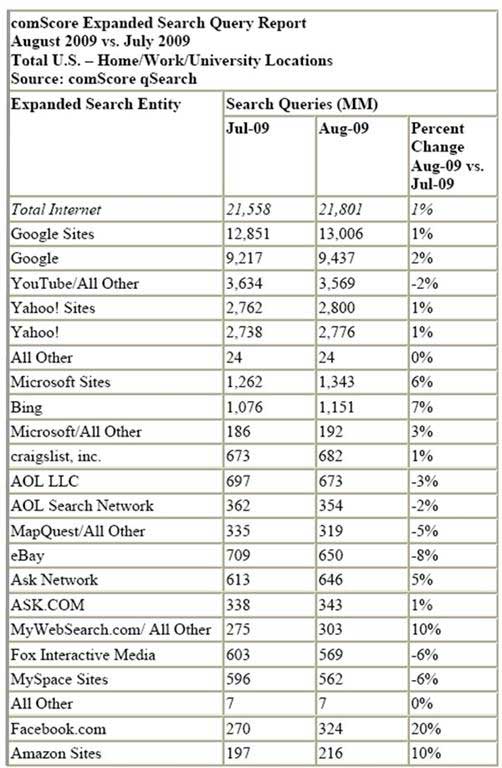 About the data: All data cited here comes from comScore's August qSearch analysis of the US search marketplace.