The economic downturn has forced many B2B marketers to operate with smaller budgets and lower headcounts, with many opting to direct their efforts toward more narrowly defined targets, according to the recently published MarketingProfs report B2B Marketing in 2009: Trends in Strategies and Spending.

Survey participants were asked about the strategies they are using to deal with the economic downturn, what tactics they believe are most effective for them, and how their companies are likely to respond to new challenges. 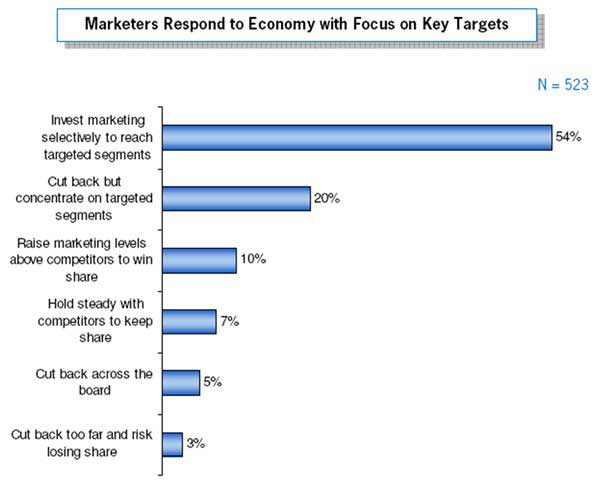 Changes to Marketing Budgets for 2009

When respondents were asked about how the economic situation would affect marketing dollars, 65% said that program dollars would be shifted among various alternatives and 50% said that their firms would institute hiring freezes or lay off temporary workers: 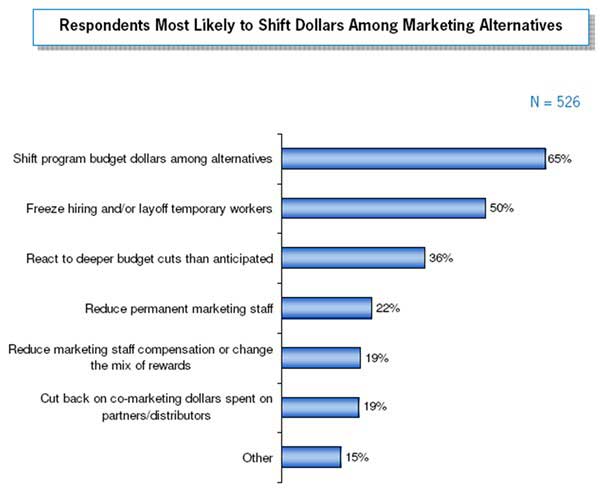 Tactics and Trends for 2009

Traditional tactics such as trade shows and public relations still dominate the marketing mix, but digital tactics nevertheless play a major role: The top two tactics that B2B marketers said they planned to use in 2009 were company website (92%) and email (82%): 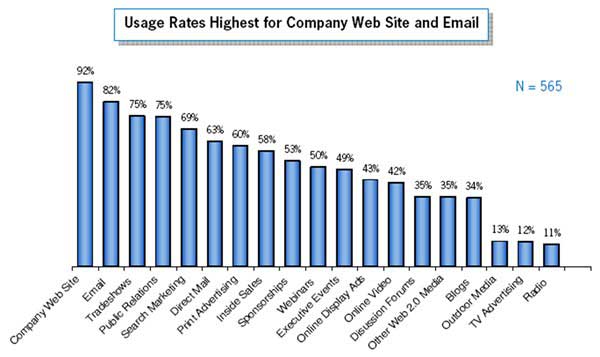 Respondents were asked to identify what tactics would play a greater role in 2009 compared with the year before. The tactic they cited most often was company website (71%): 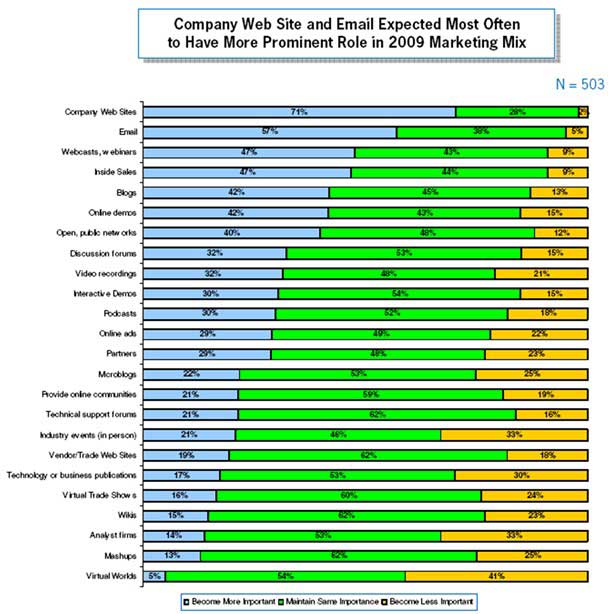 About the data: In late 2008, MarketingProfs and Forrester Research recruited marketing executives and other management professionals from the MarketingProfs membership and the Forrester business-to-business panel. 656 respondents were surveyed on a number of issues and questions related to current and anticipated marketing strategies, tactics, budget, attitudes, and administration, as well as current and predicted changes in response to economic conditions. The data collected are compiled in this report and compared with those gathered in late 2007 via a similar survey instrument.