By 2013, the geotargeted display advertising market is forecast to reach $1.9 billion, up from the $879 million spent on banners in 2008—a compound annual growth rate (CAGR) of 16%—according to BIA/Kelsey. 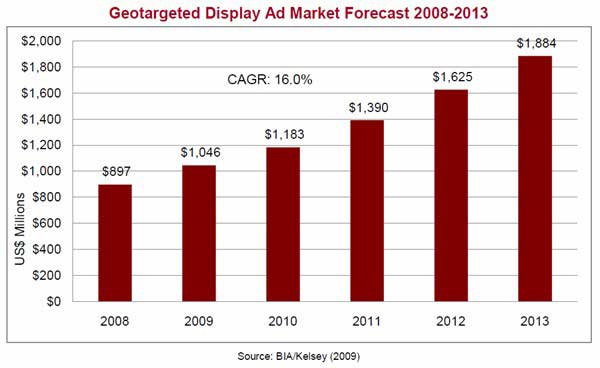 The locally bought portion of the market, which primarily consists of small and medium-sized businesses, will record the highest growth, with a CAGR of 66% during the five-year forecast period. The SMB segment will grow from $45 million in 2008 to $565 million in 2013. 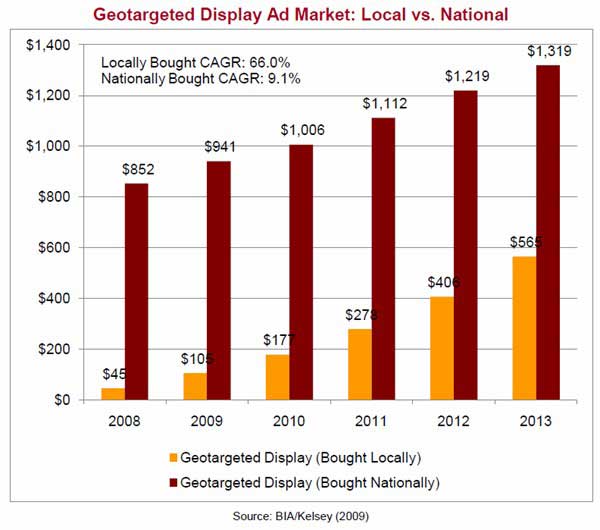 "The basis for growth of the geotargeted ad market is rooted in the economics of existing search resellers," said Matt Booth, SVP and program director, Interactive Local Media, BIA/Kelsey. "The effective strategy for companies like AT&T, ReachLocal, Yodle, and others will be to use geotargeting to increase margins by shifting spend from paid search to geodisplay."

"Simply, if a lead from search costs $30, these companies will shift to display where similar-quality leads can be obtained for less. The display ad networks have so much excess inventory, they will run whatever impressions are needed to meet reseller targets."