Though US Internet ad revenues were down 3.4% in 2009—to $22.7 billion from $23.4 billion in 2008—there are signs of an emergent recovery, the Interactive Advertising Bureau (IAB) and PricewaterhouseCoopers LLP (PwC) reported.

Internet ad revenues in the fourth quarter were, at $6.3 billion, the highest quarterly figures for the year; moreover, they were up 2.6% from 4Q08 and up 14% from the previous quarter, according to the IAB Internet Advertising Revenue Report for 2009.

Search and display-related advertising continued to lead in overall interactive ad revenue in 2009: 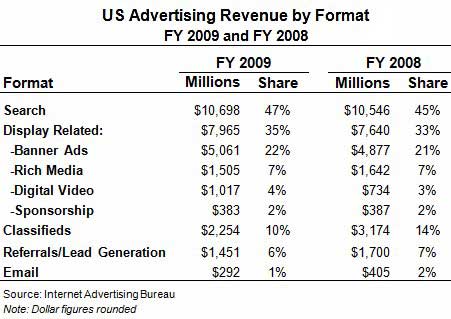 Below, other findings from IAB Internet Advertising Revenue Report for 2009.

The top 10 ad-selling companies accounted for 71% of total revenues in the fourth quarter of 2009, down slightly from the 72% reported a year earlier. 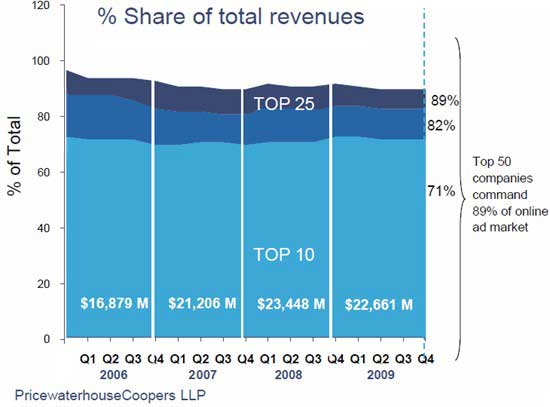 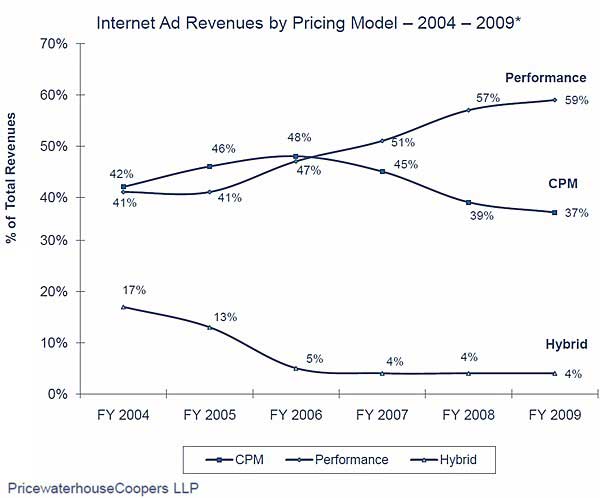 Performance-based pricing, the most prevalent pricing model since 2006, has maintained a strong sequential growth rate over the past three years, while CPM/impression-based pricing has declined.

Search has been the leading ad format since 2004 and has had steadily expanded its share of revenue. 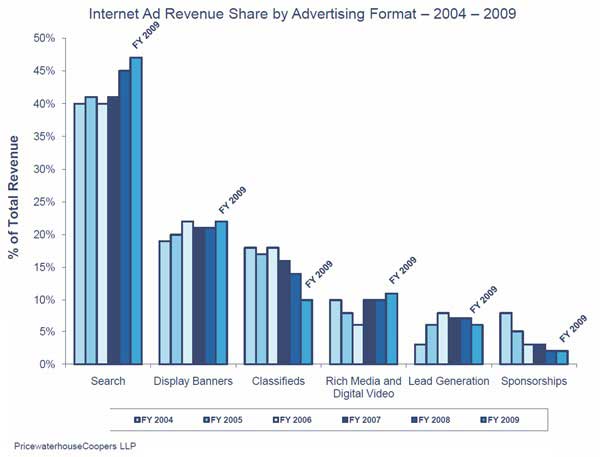 The Internet has continued to grow in significance relative to other ad-supported media: Among five key US ad-supported media (television, radio, newspapers, consumer magazines, and Internet), the Internet's share of combined ad revenue grew from 8% in 2005 to 17% in 2009: 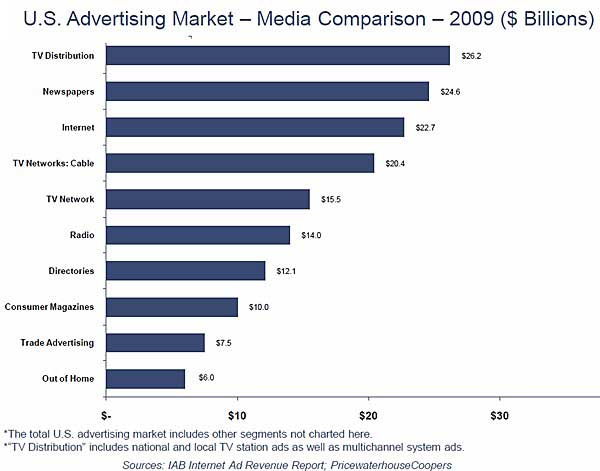 About the data: Findings are from the IAB-sponsored Internet Advertising Revenue Report for 2009, conducted by PricewaterhouseCoopers LLP.