Americans now have on average 2.93 TV sets per household, up from 2.86 in 2009—the largest year-over-year increase since 2006, according to Nielsen's latest Television Audience Report. 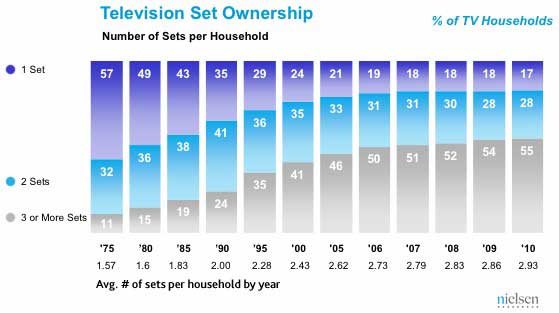 Although the US total population continues to increase, the number of people per TV home has held steady at 2.5, which means there are more TVs at home than people. Over one-half (55%) of US homes now have three or more sets, while 28% have two sets and 17% have one set, according to the report.

Other TV-related statistics from Nielsen: 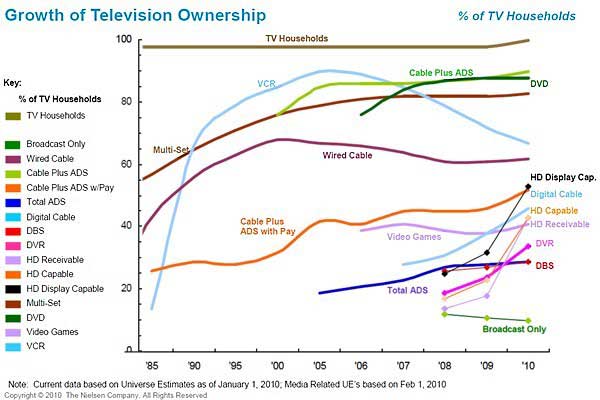 Below, other findings issued by Nielsen.

The number of primetime programs in the US increased to 199 during the 2008/2009 television season, up from 191 programs the previous season, according to Nielsen.

Drama now accounts for 40% of all primetime programs, compared with 36% the previous season. Reality programs once again account for 28% of the prime lineup, while comedy programs account for 14%, down 2 points from from 16% during the 2007/2008. 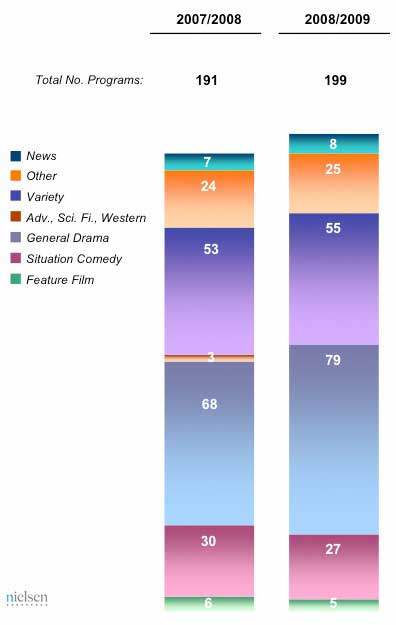 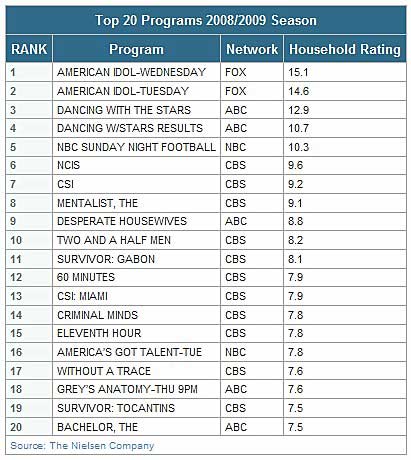 About the data: Findings are from Nielsen's Television Audience Report published in April 2010.