Google Sites led the US explicit core search* market in August 2010, accounting for 65.4% of total searches conducted during the month, down 0.4 percentage points from July, according to data from comScore qSearch. 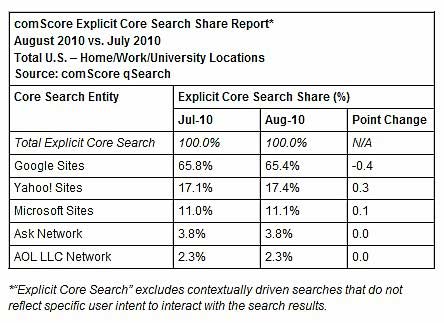 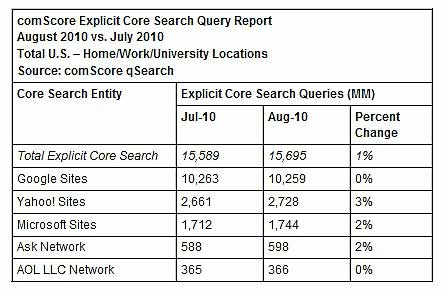 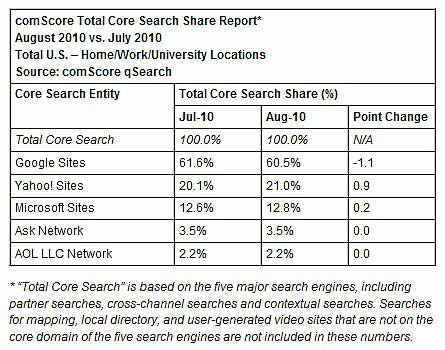 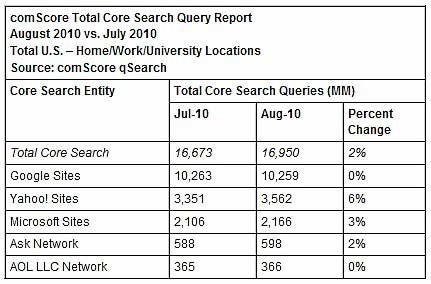 Note: comScore's ability to report qSearch data for September 2010 will not be impacted by recent changes in the search landscape, including the introduction of Google Instant Search and Microsoft's powering of specific channels of search activity within Yahoo. Google's introduction of Instant Search does not disrupt comScore's ability to measure search activity consistently, but does introduce a new dynamic that will be addressed in comScore's data collection methodology.