Some 8% of online adults—or 6% of the US adult population—say they use Twitter, but adoption levels are higher among online African-Americans (18%) and online Latinos (13%), according to a new survey from Pew Research.

Twitter is popular among younger adults: 14% of Internet users age 18-29 use the microblogging site, as do 11% of online adults living in urban areas.

Meanwhile, online women (10%) are more likely than online men (7%) to use Twitter. 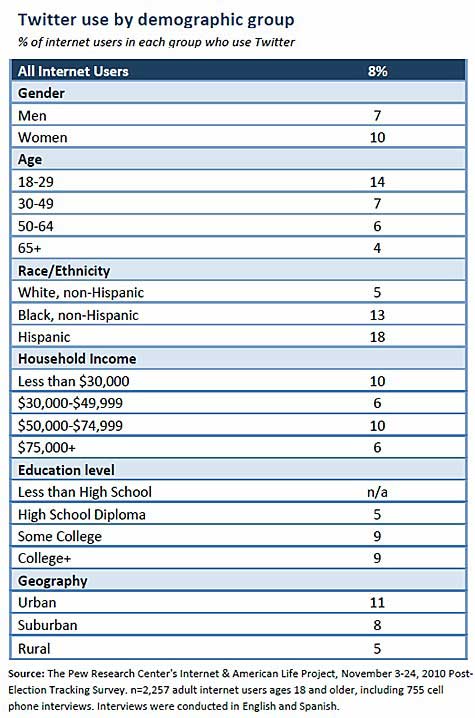 Below, other finding s from the 2010 Twitter report, issued by the Pew Research Center's Internet & American Life Project and Project for Excellence in Journalism. 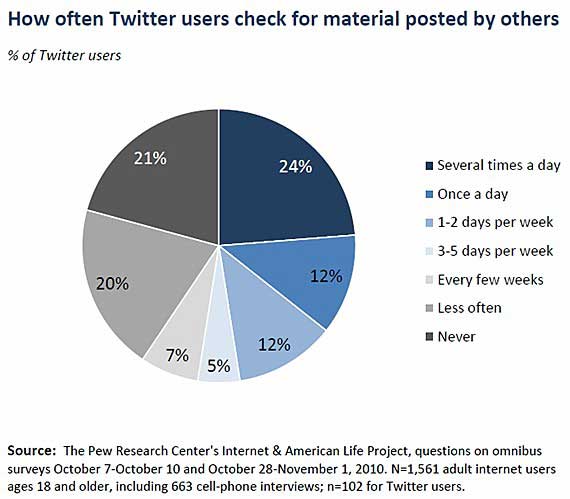 The remaining 25% of users say they check the site for updates a few days each week or every few weeks.

What are people tweeting about? Observations related to users' personal and professional lives and interests are the most popular (72%) with 19% sending such tweets daily. Sending work-related posts is the second-most popular activity (62%) with 12% doing so daily. 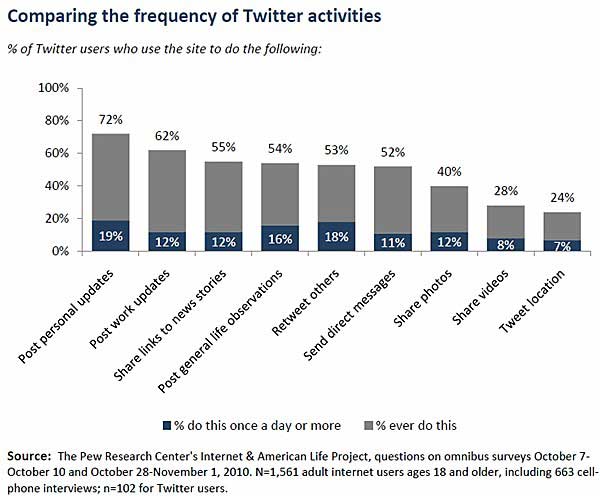 Some 53% of Twitter users retweet other tweets with 18% doing so daily.

Location-based tweets (24%) and links to videos (28%) are the least popular among Twitter users.

Commenting on Twitter adoption rates among minority groups, Senior Research Specialist Aaron Smith of Pew Research said "Both of those groups, African-American and Latino adult Internet users in the US, tend to be younger than white Internet users, which helps to lead to their adoption of Twitter," the BBC reported.

"Both of those groups are also very mobile populations in their use of cell phones in particular to access the Web," he said, adding that "Twitter lends itself easily to mobile technology."

About the data: The Pew Internet survey is based on telephone interviews with 2,257 US adults age 18+, conducted Nov. 3-24, 2010 by Princeton Survey Research Associates International.