Google Captures 67% of Search in December

Google Sites led the US explicit core search* market in December 2010, accounting for 66.6% of total searches conducted during the month, followed by Yahoo Sites with 16.0% and Microsoft Sites with 12.0%, according to data from comScore qSearch. 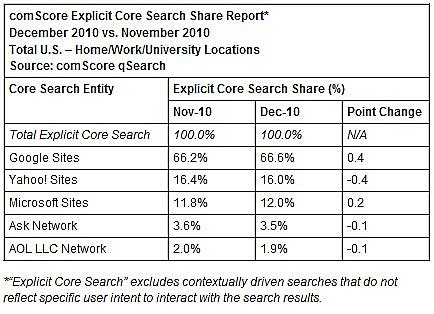 More than 16.4 billion explicit core searches were conducted in December, up 3% from November. Google Sites ranked first with 11.0 billion searches, up 3% from the previous month, followed by Yahoo Sites with 2.6 billion and Microsoft Sites with 2.0 billion (up 4%). 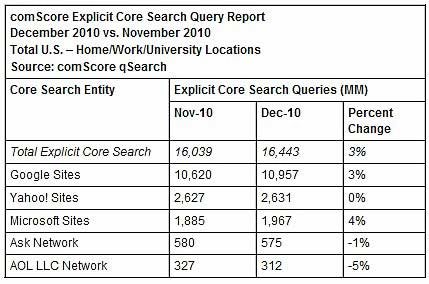 Ask accounted for 575 million explicit core searches, followed by AOL with 213 million, down 5% from November. 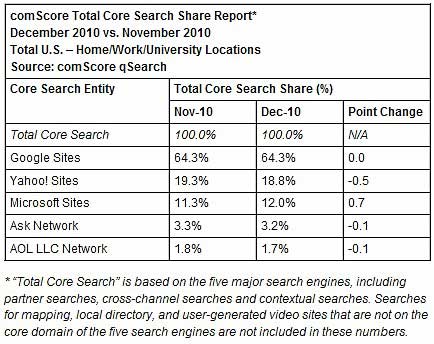 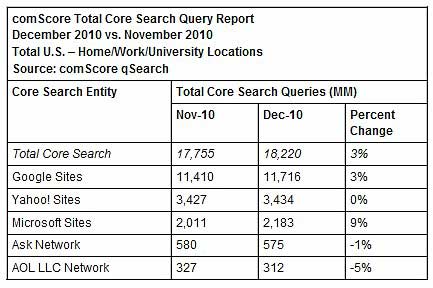 In December, 69.4% of searches carried organic search results from Google, while 24.4% searches were powered by Bing organic results.