Yahoo Sites was third with 48.7 million viewers, followed by Viacom Digital with 48.1 million and AOL with 44.5 million. 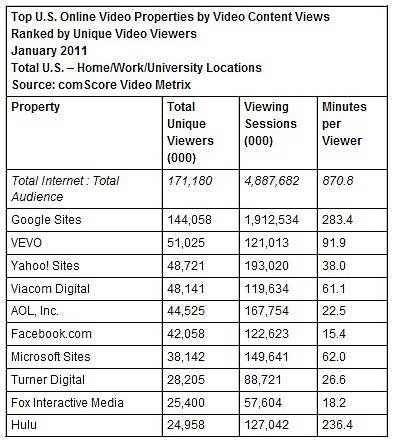 Google Sites had the highest number of viewer sessions during the month (1.9 billion), while second-ranked Vevo had 121.0 million sessions, roughly 6.3% of Google's volume.

Some 83.5% of the US Internet audience viewed online videos in January for an average of 14.5 hours per viewer. 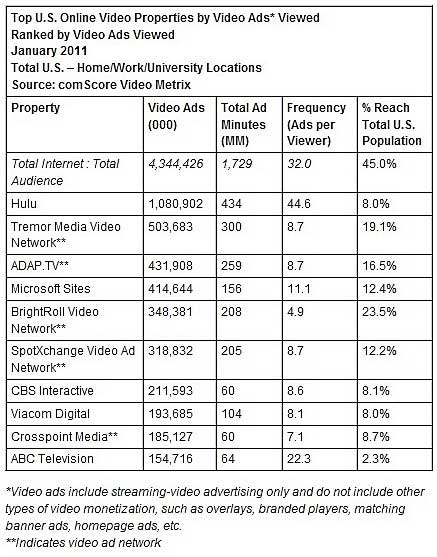 Video ads reached 45% of the total US population—and average of 32 times during the month. Hulu delivered the highest frequency of video ads to its viewers with an average of 44.6.

The top video ad networks in terms of their actual reach delivered were Tremor Media with 46.8%, BrightRoll Video Network with 41.9%, and Break Media with 40.7%.