Attitudes toward email marketing have improved over the past four years: Consumers delete fewer promotional email messages without reading them and are more likely to forward such messages to others, according to a report by Forrester Research. 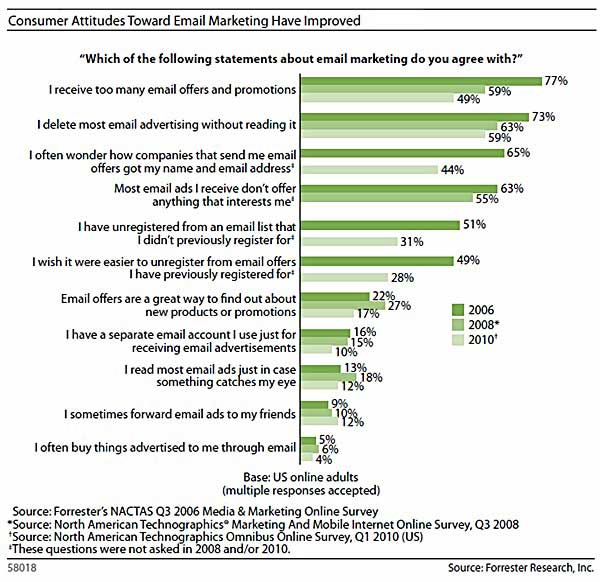 Consumers tend to fluctuate about email's value for product information. In 2006, 22% of consumers said email offers are a great way to find out about products and promotions. That level increased to 27% in 2008, but dropped to 17% in 2010.

The decrease is likely a result of a proliferation of alternative product information sources such as blogs, search engines, social networks, ratings and reviews, and communities, according to Forrester.

Ready to take your email campaigns to the next level, but not sure where to begin? Join MarketingProfs tomorrow, Friday, March 11, for Digital Marketing World: Email Marketing, our free virtual conference with sessions on integrated email and social media, re-engaging inactive subscribers, and data-driven campaigns.