Yahoo Sites comprised the top-ranked Web property in February 2011 with 177.5 million visitors, followed by Google Sites with 175.2 million and Microsoft Sites with 168.8 million, according to comScore Media Metrix service. Expedia (ranked No. 43) joined the top 50 ranking for the first time in February, as did The Washington Post (No. 48) and Twitter (No. 49).

Below, comScore's February ranking of the Top 50 US Web properties: 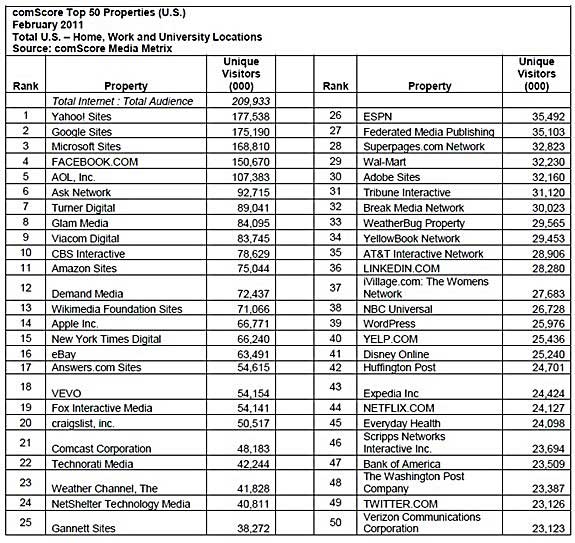 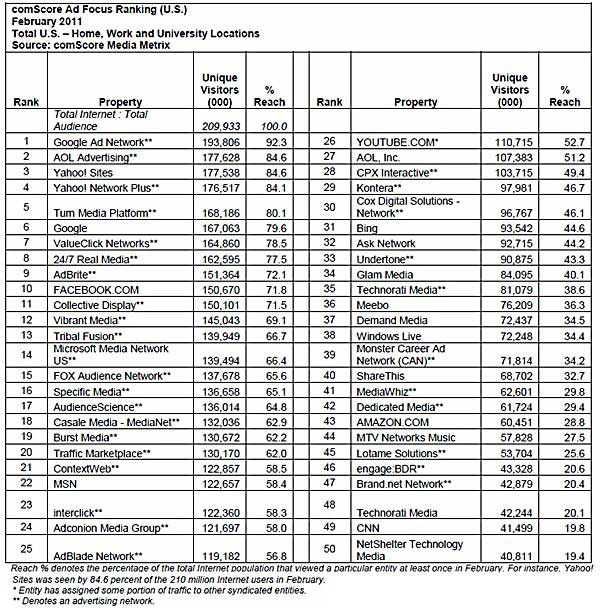 Valentine's Day boosted gains at flowers/gifts/greetings and e-card sites, while visits to tax sites climbed as Americans began to file their 2010 tax returns: 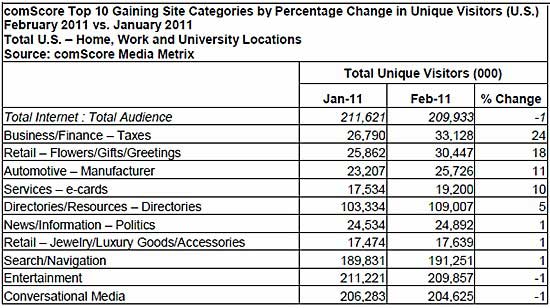 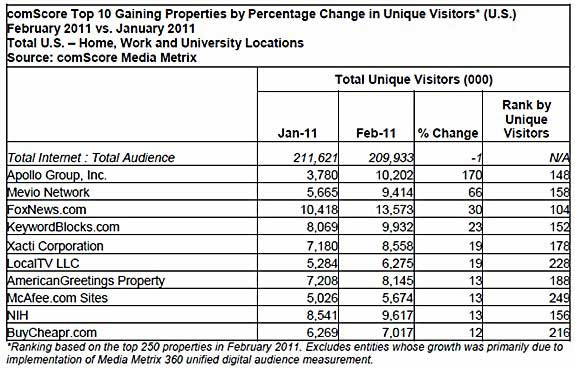