After being embraced early on by young adult men in the US, e-readers have become increasingly popular among women and older adults, according to a new report by Nielsen. Though tablet ownership is still dominated by men, growing numbers of older Americans are buying the portable devices. 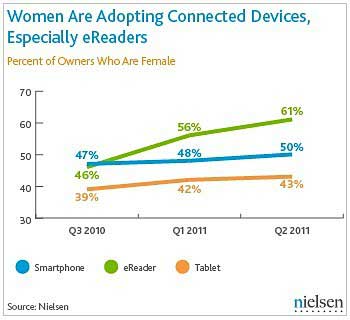 That may explain why some publishers of women's magazines (e.g., O, The Oprah Magazine, Cosmopolitan, and Women's Health) have reported stronger sales via the Barnes & Noble Nook vs. the Apple iPad.

Smartphone owners are now evenly split between women and men, whereas tablet ownership is dominated by men (57%), although less so than nine months earlier, when men owned roughly 61% of all tablets. 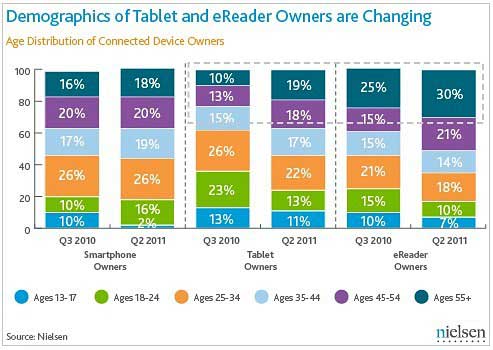 Similarly, e-reader owners are getting older: 51% of e-readers are now owned by adults age 45 and above, compared with 40% in 3Q10.