Gen-Y Facebook users (those now roughly age 18-29) often use their Facebook profiles as an extension of their professional personalities, even as they socialize with family and friends, the study finds.

On average, Gen-Y Facebook users are connected to 16 co-workers via Facebook, although that number is a relatively small percentage (2.3%) of their total average friend count (696): 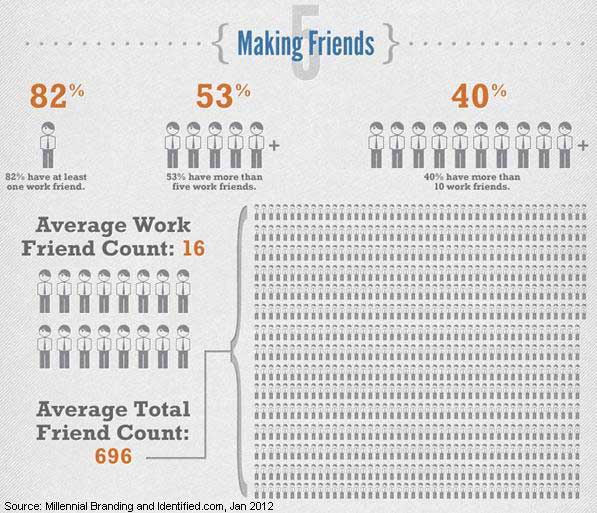 Gen-Y Facebook Users Define Themselves by Colleges, Not Workplaces 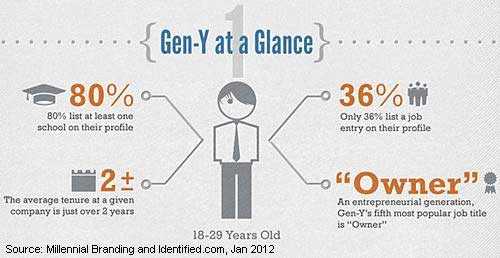 Short work stints are common: Gen-Y Facebook users spend an average of just over 2 years at their first job—and, interestingly, "owner" is the fifth-most popular title among this entrepreneurial generation.

Moreover, only 7% of Gen-Y Facebook users are employed by a Fortune 500 company, according to the study.

Likely a sign of a down economy, the travel and hospitality industry now employs most Gen-Y Facebook users (7.2%), followed by consumer products companies (6.8%) and the US Government and Military (4.5%). 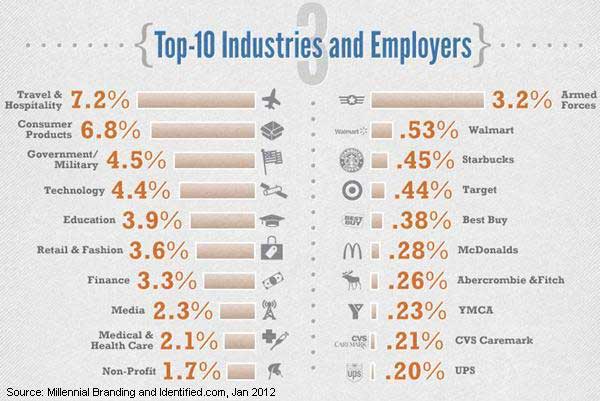 About the study: Data and analytics for the study were provided by Identified.com, the largest professional database on Facebook. The study was complied on November 15, 2011, among 4 million Gen-Y users (age 18-29) and roughly 1 million users listing a job entry; 90% of users were located in the US.