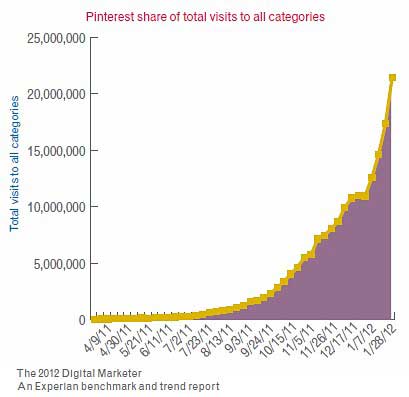 Pinterest continued to outpace its closest competitor LinkedIn by a healthy margin in March 2012.

Below, other selected findings from Experian's 2012 Digital Marketer: Benchmark and Trend Report. 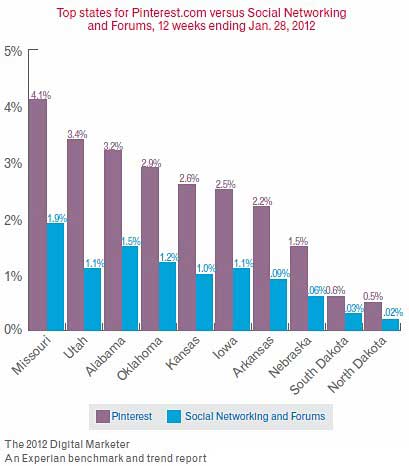 Pinterest tend to attracts people interested in home crafts and hobbies: 19 of the US states where Pinterest visitors over-index against the online population also over-index for the Hobbies and Crafts category. 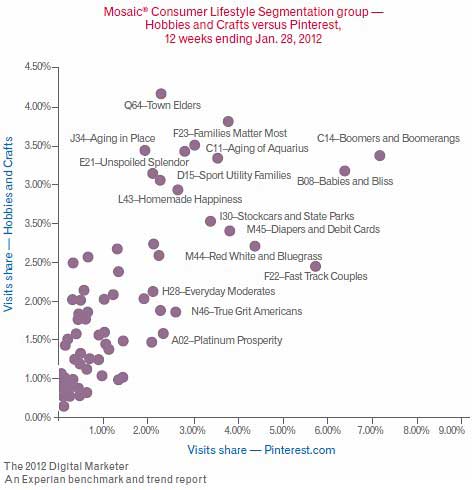 About the data: Findings are from The 2012 Digital Marketer: Benchmark and Trend Report, by Experian Hitwise, issued in April 2012.