More than two in five surveyed global executives (43%) say they "use many apps" on their smartphones and tablet devices with news and weather apps among the most popular, according to a survey from Doremus and the Financial Times.

Among executives who own both a smartphone and a tablet device: 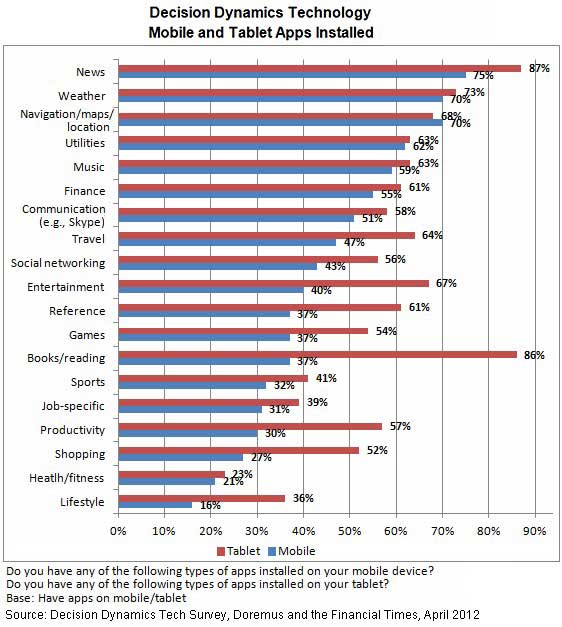 Below, additional findings from the Doremus and Financial Times online survey of senior executives.

Most tablet owners use their devices extensively:

Mobile apps use varies by age:

North American execs are the heaviest users of mobile apps, whereas execs in Asia use them least, the study also found.

About the data: Findings from the annual Decision Dynamics report are based on a survey of 628 executives, representing a mix of company sizes and industries from North America, Europe and Asia, conducted in the third quarter of 2011.