Though people use a variety of social channels to log in to third-party websites, Facebook still dominates social login, according to a report by Janrain.

Facebook accounted for 45% of social logins in the first quarter of 2012, followed by Google with 31%: 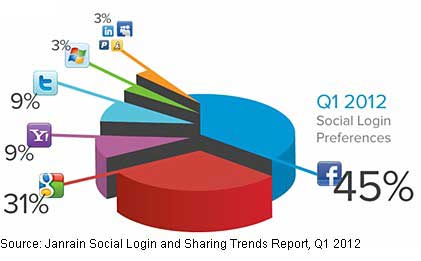 Twitter and Yahoo each accounted for 9% of social logins during the quarter, while LinkedIn and a few other sites accounted for the remaining 3%.

Below, other findings from Janrain's Social Login and Trends Reports, based on data collected from Janrain's Engage platform in the first quarter of 2012.

Facebook's share of social logins has increased steadily over the past two years. Google's share declined moderately during the first three quarters of 2011, but rebounded slightly (2%) from 4Q11 levels as of 1Q12, likely because Google+ rapidly scaled users and adoption, according to the report: 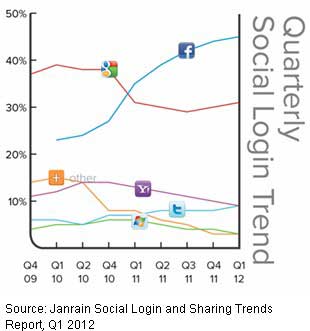 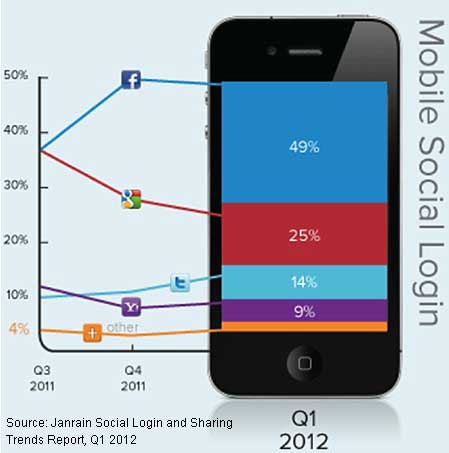 Twitter's improvement in popularity on mobile devices is likely due to its integration with Apple iOS 5 for social login, which has encouraged mobile users to rely on Twitter as an authentication mechanism for portable devices, according to Janrain.

About the data: Findings are based on the analysis of online users across 365,000 websites via the Janrain Engage platform during the first quarter of 2012.