Some 15% of online adults in the US say they use Twitter, up from the 13% who said so a year earlier, according to a report by Pew Research.

Only 8% of online adults say they check their Twitter feeds on an average day; however, that proportion is twice the 4% who did so in May 2011. 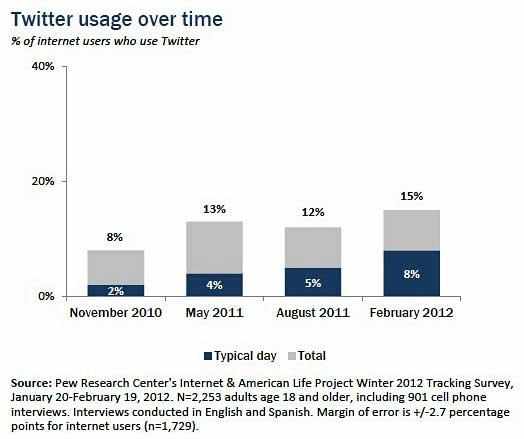 Below, additional findings from the 2012 Twitter report, issued by the Pew Research Center's Internet & American Life Project and Project for Excellence in Journalism.

Twitter use is highly correlated with the use of mobile technologies, particularly smartphones: 20% of smartphone owners are Twitter users, and 13% use the service on a typical day.

By contrast, Internet users who own feature mobile phones are roughly half as likely to use Twitter overall (9% do so), and only 3% of those feature phone owners are "typical day" users. 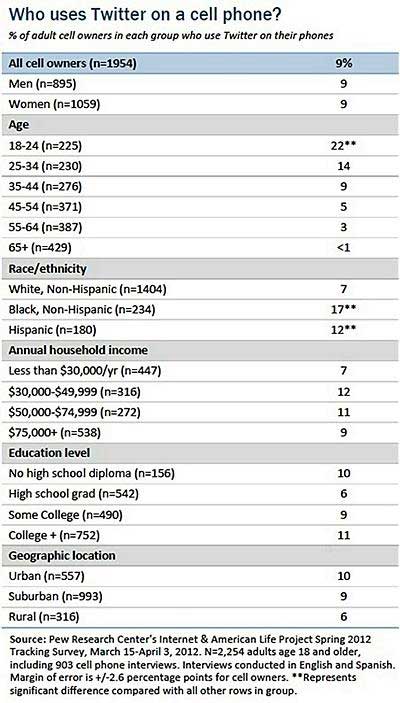 Similarly, as with Twitter findings overall, cell owners age 18-24 are more likely than older cell owners to use Twitter within the context of their mobile devices: 22% of those age 18-24 use Twitter via their phones, and 15% do so on a typical day.

Several demographic groups stand out as having high rates of Twitter use relative to their peers: 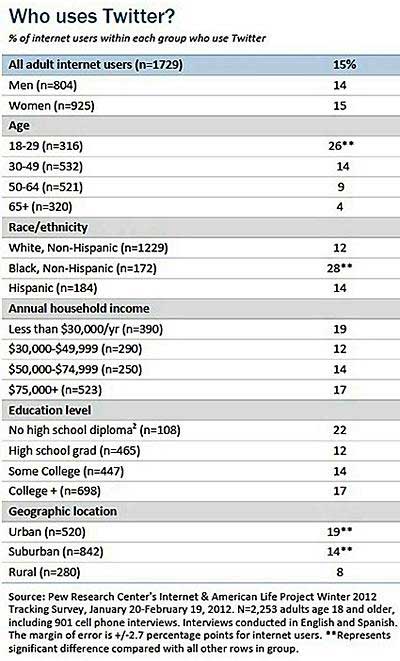 About the data: Findings are from a national survey conducted via landline and cell phones, in English and Spanish among 2, 254 adults age 18+ from March 15 to April 3, 2012. The report was authored by Aaron Smith, Joanna Brenner, Pew Internet, issued on May 31, 2012 and accessed on June 2, 2012.