US consumer spending on online deals (daily deals, instant deals, and flash sales) is forecast to reach $3.6 billion in 2012, up 86.9% from the estimated $1.8 billion spent in 2011, according to a report by BIA/Kelsey.

However, the forecast also signals a maturing market. Spending on deals is projected to grow 23% in 2013, followed by mid-single-digit growth over the following three years, translating to a compounded annual growth rate (CAGR) of 19.8% over the next five years, reaching $5.5 billion in 2016. 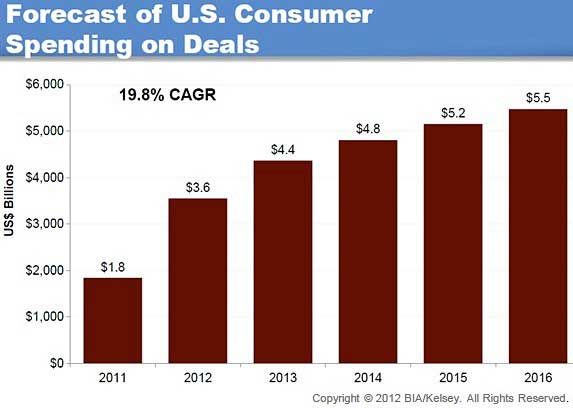 Below, other findings from the latest wave of BIA/Kelsey's Local Commerce Monitor (LCM) study of US small businesses. 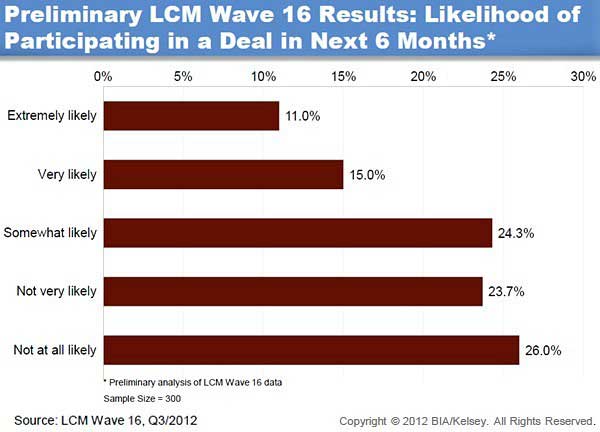 "After astronomical growth in 2012, the online deals marketplace is showing signs of maturity," said Peter Krasilovsky, vice-president and program director at BIA/Kelsey.

"There has been consolidation in the space, deal conversion rates may be suffering due to over-familiarity, and the market may be near saturation. Still, market leaders continue to exhibit growth as market awareness and penetration spread."

The study also explored the use of loyalty programs among local merchants. Among those surveyed, nearly nine in ten (88%) say they have a loyalty program in place, and most of those programs are proving to be successful: 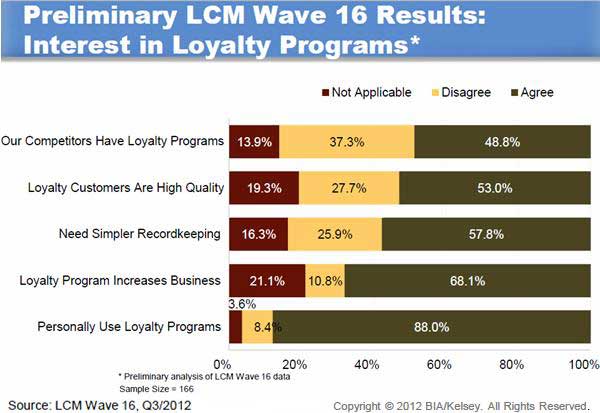 About the data: Findings are based on data from BIA/Kelsey's Local Commerce Monitor Wave 16 survey of small business advertisers with additional research from BIA/Kelsey.