Companies that increase the number of blog posts they publish via their website each month can boost their inbound traffic levels and lead counts, according to a new report by HubSpot. 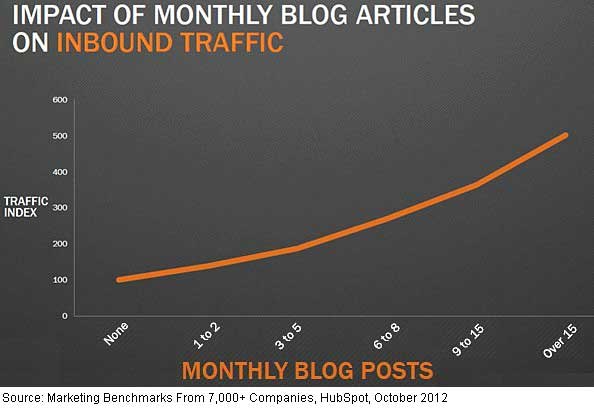 Below, additional findings from the report titled "Marketing Benchmarks From 7,000 Businesses," by HubSpot, based on data collected from its customer base of some 7,000 brands.

Blogging drives traffic because published content gets indexed in search engines and shared via various channels, including social media. By committing to regularly publishing blog content, companies can build up a powerful arsenal of content, with each article published creating another inroad to a website, HubSpot found. 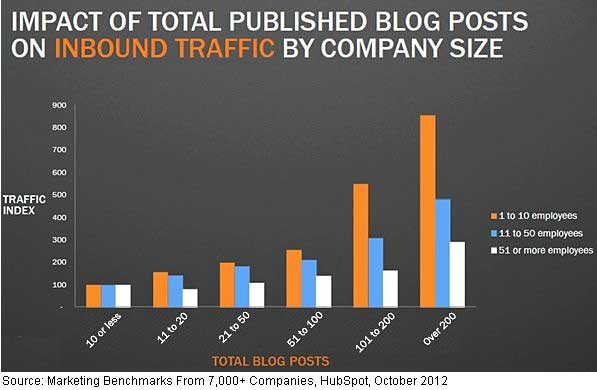 Companies that have published more than 200 blog articles generate 5 times more leads than those with 10 or fewer posts: 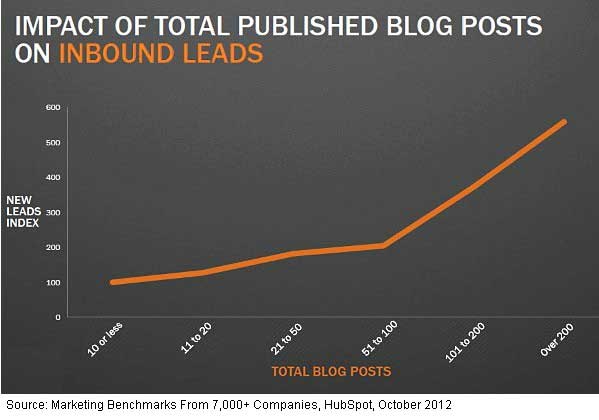 B2B companies that blog only 1-2 times per month generate 70% more leads than those that don't blog, HubSpot found.

However, surprisingly, B2C companies generate a bigger lift in leads as they grow their arsenal of blog posts: 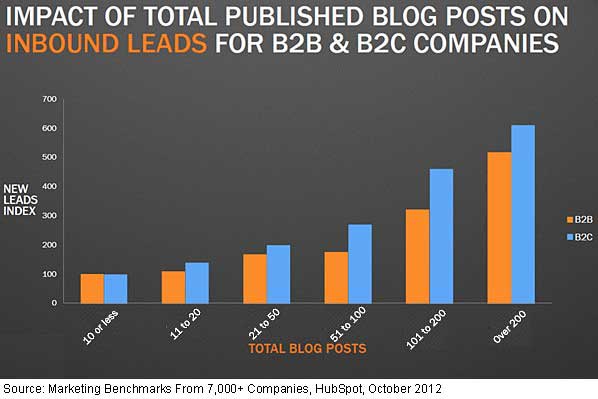 Boosting blogging efforts pays off: Companies that increase the number of blog posts from 3-5 per month to 6-8 per month nearly double their monthly lead count.

About the data: Findings are based on the analysis of data collected among 7,000 companies that use HubSpot's Inbound Marketing platform. The data was collected in July and August 2012.