Overall, consumers are unimpressed with their mobile shopping experiences at the top 20 brick-and-mortar retail brands: Retailers' apps and mobile sites are often too slow to load, challenging to navigate, and error-prone at checkout, according to a survey from Mobiquity.

However, a few retail brands, such as Apple Stores, Best Buy, and Kohl's, are providing highly satisfactory experiences for their shoppers, Mobiquity found.

The survey focused on mobile shopping experiences at the top 20 brick-and-mortar retailers (i.e., excluding those without a physical retail presence such as Amazon, eBay, and iTunes). For the study, "mobile experiences" were defined as browsing and transacting via retailers' mobile websites and apps from any location, as well as using those tools while shopping in-store.

Below, additional findings from Mobiquity.

Among surveyed smartphone and tablet owners who reported unsatisfactory experiences shopping via mobile in the previous six months, slow-to-load apps and mobile websites were most problematic. 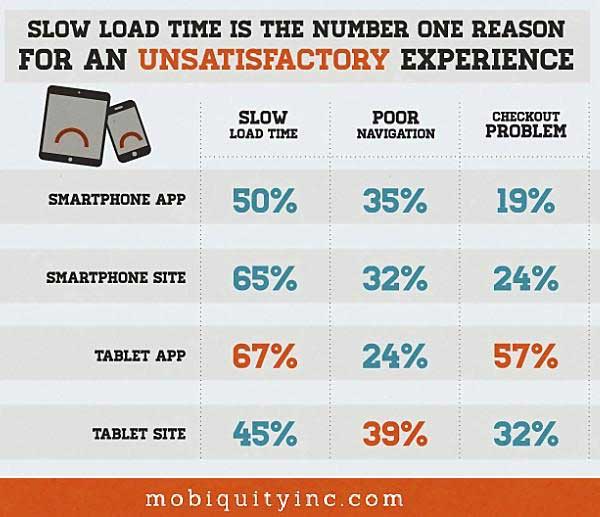 Navigation was an issue for both smartphone and tablet owners:

Bad mobile shopping experiences appear to impact brand loyalty and future revenues: 41% of smartphone owners and 43% of tablet owners say they would be less likely to shop at a retailer if they had a poor experience using their mobile app or mobile website. 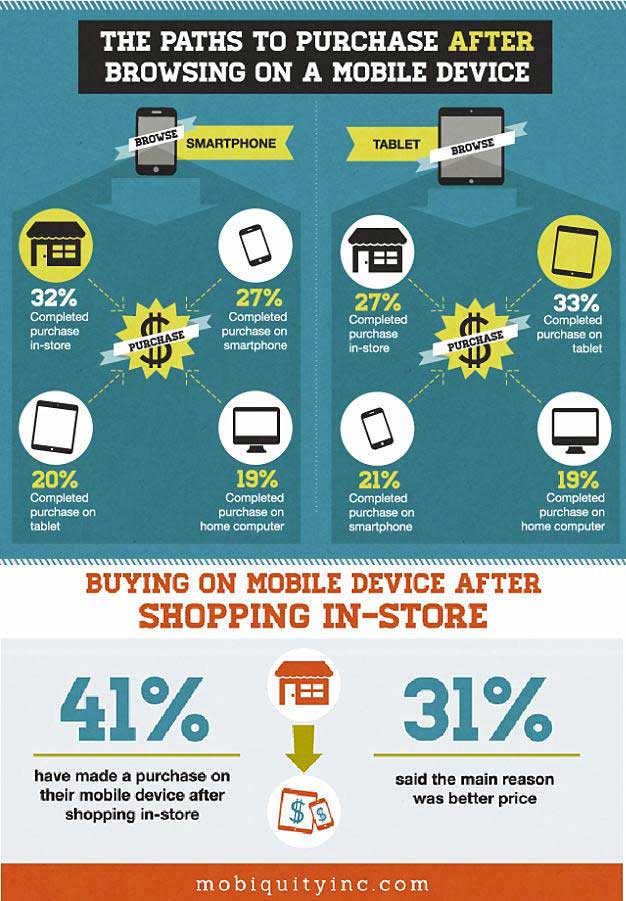 Among the top 20 retailers studied, mobile experiences at Apple Stores ranked highest: 90% of mobile device owners ranked their experience shopping via mobile as very satisfactory (51%) or satisfactory (39%). Best Buy was second, while Kohl's, Target, and Wal-Mart rounded out the top five: 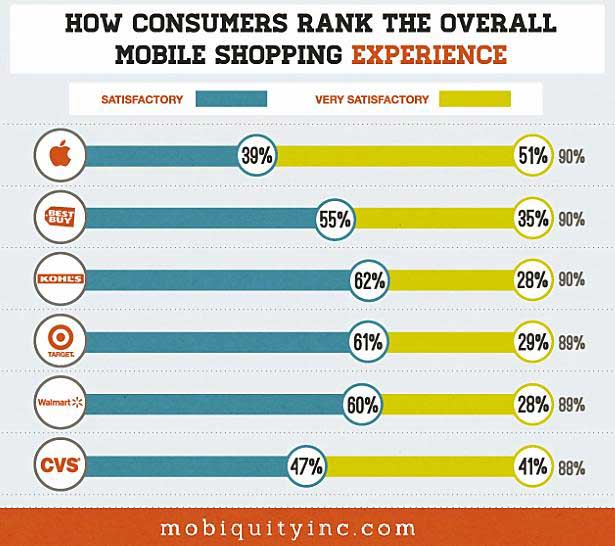 About the data: For the study, Mobiquity commissioned Equation Research to survey 1,000 smartphone and tablet owners about their mobile shopping experiences in the latter half of 2012 at the top 20 brick-and-mortar retailers (according to STORES Magazine).