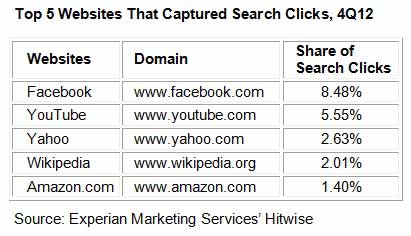 Roughly 1,000 websites captured some 55% of search clicks in 4Q12, highlighting the challenges for marketers to reach potential customers via search: 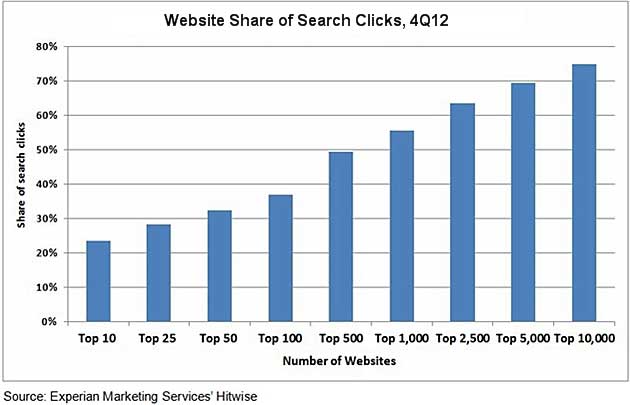 Results were similar for paid search. 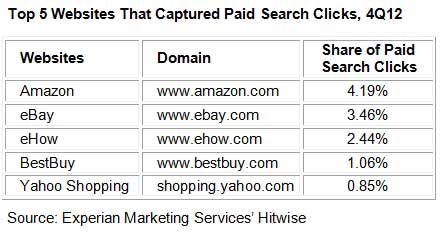 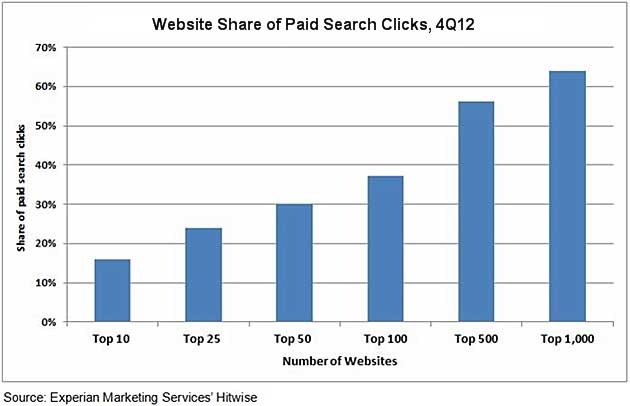