Commercial emails opened on mobile devices are on pace to surpass PC opens by the end of 2013, according to recent research from data and digital messaging solutions provider Knotice.

Its Mobile Email Opens Report: 2nd Half 2012 (PDF) finds that as of yearend 2012, 41% of commercial emails were opened on mobile devices (smartphone or tablet). 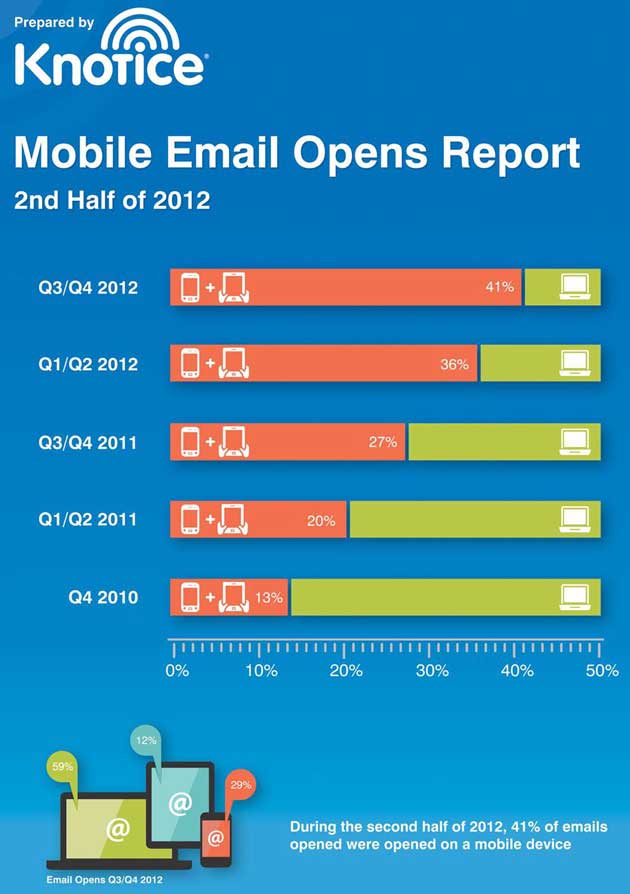 Below, additional findings from Mobile Email Opens Report: 2nd Half of 2012

Together, those two operating systems account for 99.8% of all mobile email opens.

The vast majority of email clicks still take place on desktop computers, while clicks on tablets have begun to surpass clicks on phones.

Click to open (CTO) rates (the ratio of clicks to email opens) vary widely by industry and platform: 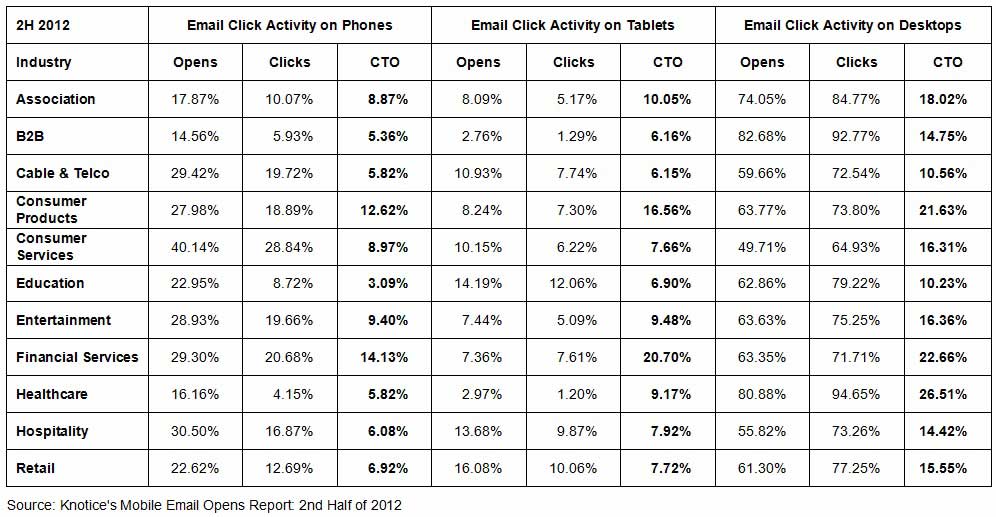 If an email renders poorly on a mobile device, or if there isn't a seamless optimization of the post-click experience, there is a missed opportunity with the mobile opener, Knotice concluded.

For the Retail industry segment, the details for the first and second half of 2012 are as follows: 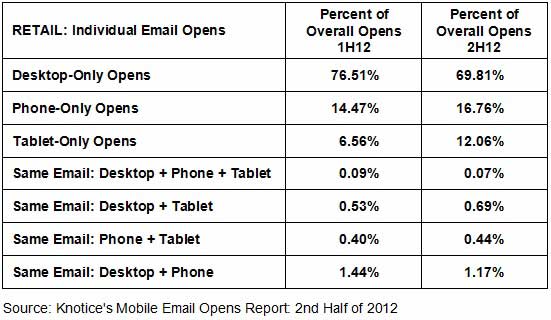