Consumer Price Sensitivity and Deal Seeking Up in 2013

That increased price sensitivity may stem from shoppers' concerns about how much their dollars will buy, with 42% of survey respondents saying they feel their purchasing power has decreased in the past year.

Below are the additional findings from Parago's third annual Shopper Behavior Study.

Will Travel For Savings

When asked "Where do you want to receive exclusive rebate deals?", the majority (53%) of shoppers said Facebook would be their preferred digital channel. 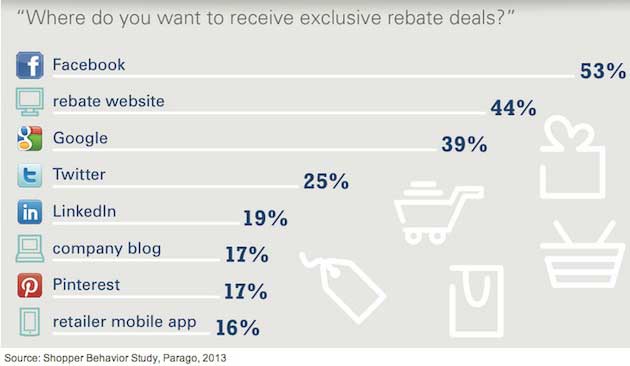 About the research: The Shopper Behavior Study was based on data conducted via a national online survey during March 2013 with 1,078 respondents representative of the US (in terms of education, income and gender). They responded to a 50-question survey exploring their deal seeking behavior.