Consumers with Internet access in growth markets have become voracious shoppers, often exceeding the global average in early adoption of products, affinity for aspirational brands, researching, and deal sensitivity, according to a recent report by Nielsen.

Six out of 10 online survey respondents in the Asia-Pacific region said they are willing to pay extra for designer products, exceeding the global average by 17 percentage points. Affinity for buying famous brands is highest among respondents in the Asia-Pacific (55%) and Middle East/Africa (56%) markets, exceeding the global average of 47%.

Chinese consumers are the most willing to pay more for designer products (74% of respondents), and fondness for famous brands is highest in India (74%).

Below, additional key findings from the Nielsen Global Survey of Consumer Shopping Behavior, which was based on a survey of more than 29,000 consumers in 58 countries. The results are representative of Internet consumers in each country, not the general population. 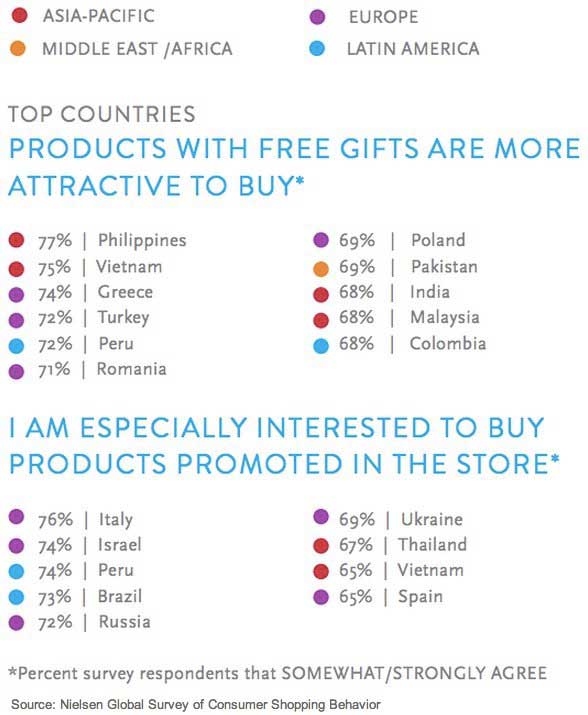 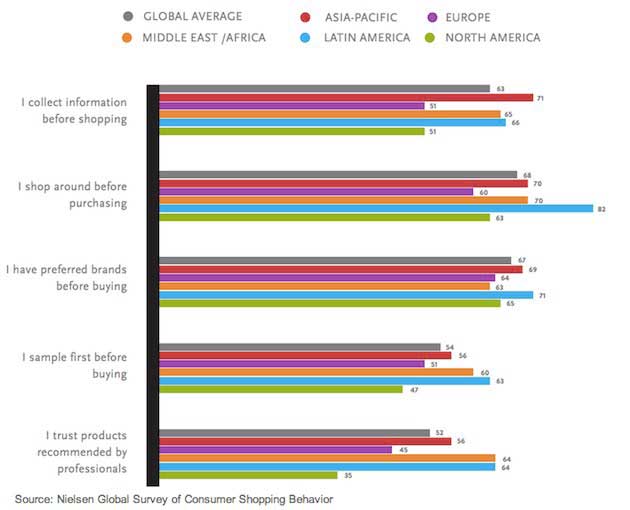 About the research: The report was based on an online survey of more than 29,000 consumers in 58 countries that was conducted between August 10 and September 7, 2012. The sample had quotas for each country based on its Internet users and was weighted to be representative of Internet consumers.