15% of American Adults Don't Use the Internet or Email

As of May 2013, 15% of American adults age 18 and older do not use the Internet or email, according to a recent report by the Pew Internet and American Life Project.

Internet use is highly correlated with age, education, and household income, the study found. In particular, age corresponds strongly with Internet use: 44% of Americans age 65 and older are offline, compared with 17% of the next-youngest age group (adults 50-64).

A similar proportion (41%) of adults who have not graduated high school are offline, as are 24% of Hispanics and 24% of those in households earning less than $30,000 per year. And 20% of rural residents say they do not use the Internet, significantly more than those living in urban or suburban areas (14%). 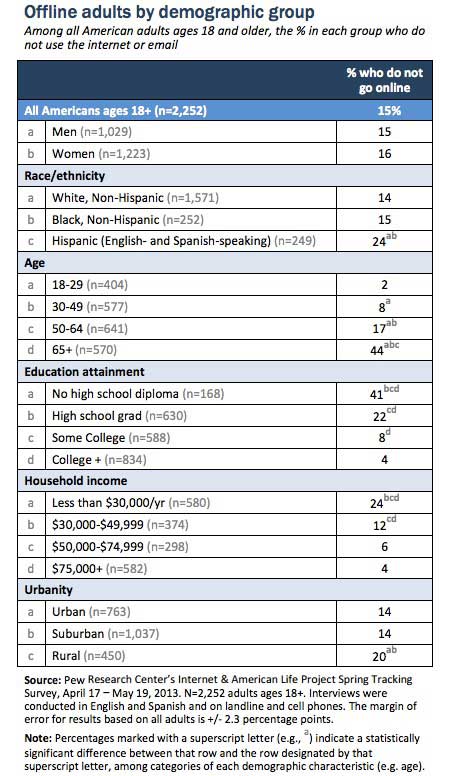 Asked the main reason for not using the Internet or email, respondents gave a variety of answers: 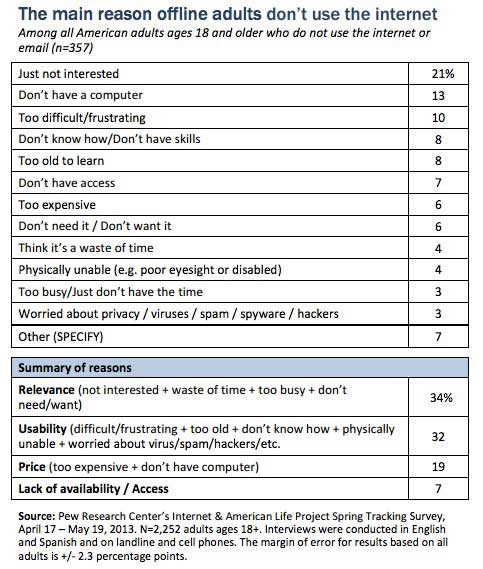 Experiences With the Internet 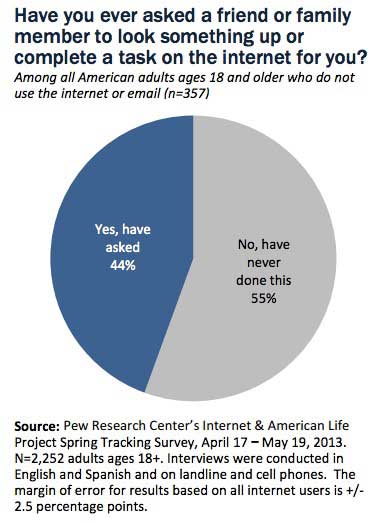 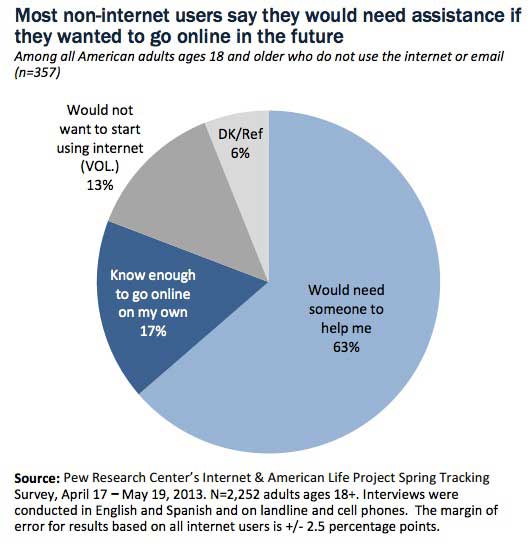 About the research: The report was based on data from telephone interviews conducted from April 17 to May 19, 2013, among a sample of 2,252 adults age 18 and older.