Black Friday and Cyber Monday are two peak revenue days for e-commerce retailers during the holiday season, together accounting for 8.58% of all holiday shopping revenue. However, two periods in early and mid December are as lucrative, and less competitive for consumers' attention, according to a recent report by Custora.

The analysis found that the four days of December 1-4 brought in 9% of total holiday e-commerce revenue in 2012, and December 10-13 accounted for 8.49%, making both periods more rewarding than Black Friday or Cyber Monday. 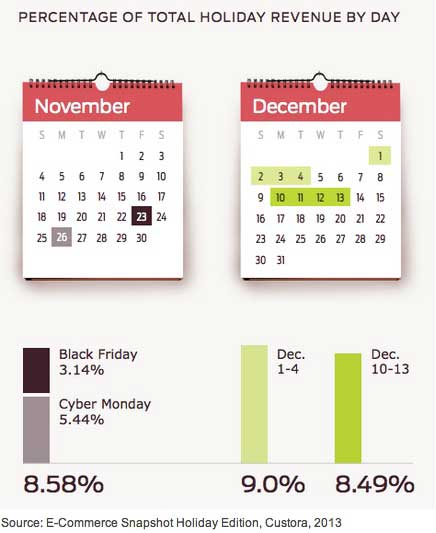 Below, additional key findings from the E-Commerce Snapshot Holiday Edition, which was based on an analysis of data collected in 2012 from 30 million unique customers and $2 billion in revenue across US retailers in 14 verticals. 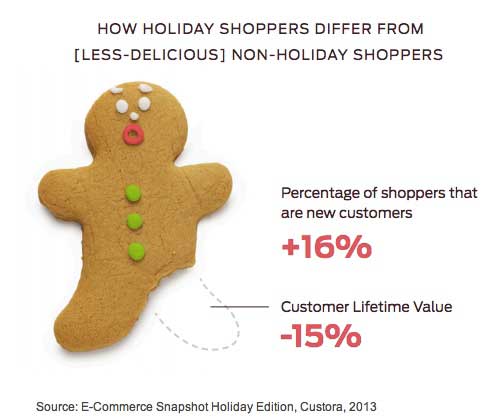 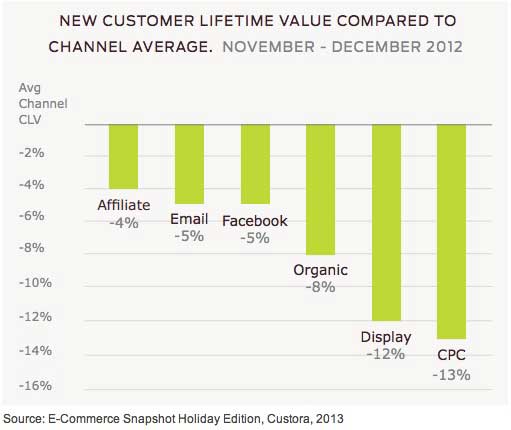 The percentage of customers using mobile devices to make purchases online jumped by 48% on Thanksgiving 2012 and 30% on Black Friday 2012 compared with the average during November. 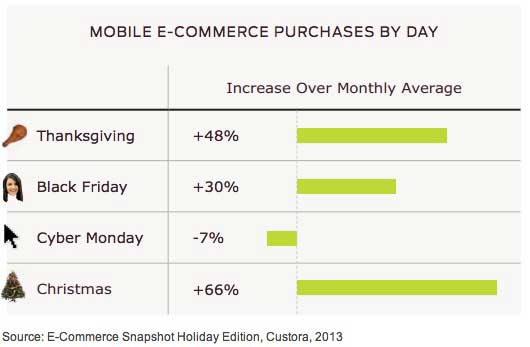 About the research: The report was based on 2012 data spanning 30 million unique customers and $2 billion of transaction revenue. The data includes US retailers from 14 E-commerce verticals, including fashion, beauty, lifestyle, and electronics.