Nearly one in five online American adults (18%) say they have had important personal information stolen—such as their Social Security Number, credit card, or bank account details—according to a recent report from the Pew Research Center.

This figure, which was based on data from a survey conducted in January 2014, represents a significant increase from the July 2013 edition of the poll, when only 11% of respondents reported having experienced online personal information theft.

Moreover, nearly a quarter of online adults (21%) say they have had an email or social networking account compromised/taken over without their permission. The same number reported this experience in the July 2013 survey. 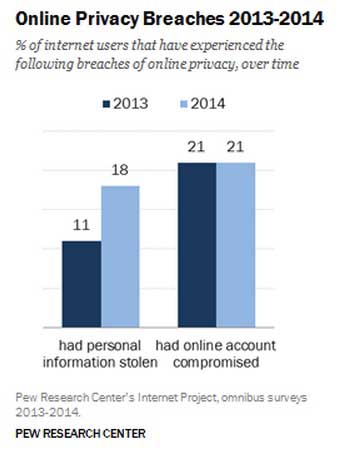 Pew found that young adults and younger baby boomers were especially hard hit by online data breaches in the second half of 2013.

Similarly, those ages 50-64 became significantly more likely to report that they had personal information stolen; 11% said they had this experience in July 2013 compared with 20% in January 2014.

Increases among other age groups were not statistically significant. 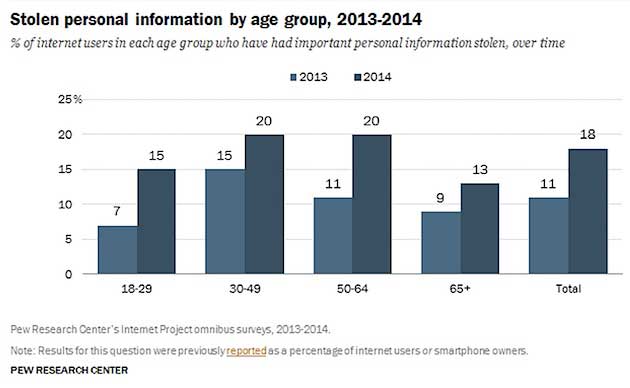 Given the growth in data theft, Pew found that internet users have become increasingly worried about the amount of personal information available about them online—50% reported this concern in January 2014, up from 33% in 2009.

About the research: The report was based on data from a phone survey conducted in January 2014 of 1,002 adults living in the continental United States.