Job recruiters spend only six seconds on average reviewing an individual candidate's resume to determine whether the person is a potential fit for an open position, according to a recent study by TheLadders.

That compares with 4-5 minutes per resume on average that recruiters have self-reported in the past.

The report was based on data from an eye-tracking study of 30 professional recruiters who were monitored over a 10-week period as they they performed online tasks, including resume and candidate profile reviews.

What Recruiters Look For

The recruiters studied spent almost 80% of their resume review time on the following elements:

Beyond those six, recruiters did little more than scan for keywords to match the open position.

Because "fit/no-fit" decisions were based mostly on those six pieces of data, an individual resume’s detail and explanatory copy had little impact on the initial decision-making.

How They View Resumes and Online Profiles

Recruiters tend to follow a consistent visual path when reviewing both resumes and online profiles, the study found. Accordingly, an organized layout is crucial.

On a scale of 1 to 7, recruiters gave professionally re-written resumes an average rating of 6.2 for usability, compared with a 3.9 rating before the re-write. 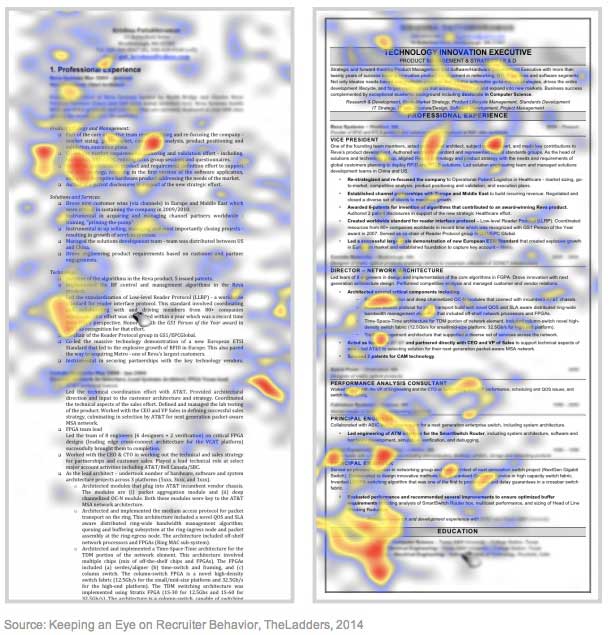 On LinkedIn profiles, recruiters spent an average of 19% of their total time per candidate looking at the profile picture. 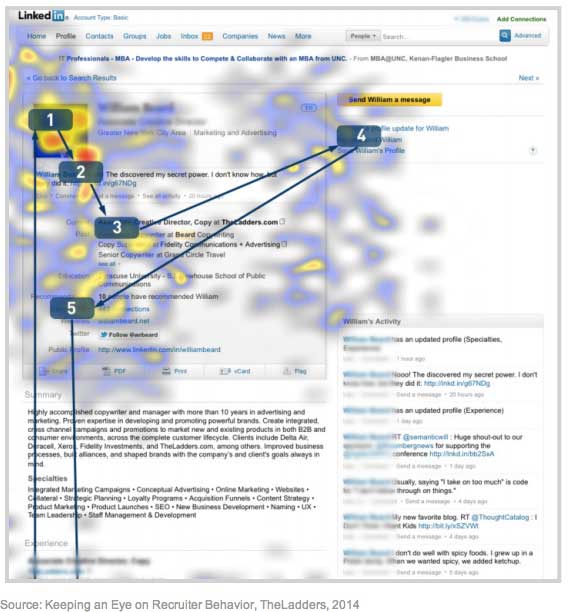 About the research: The report was based on data from an eye tracking study of 30 professional recruiters who were monitored over a 10-week period.