How to Boost the Effectiveness of Your Online Forms

How can you boost the conversion rate of the forms on your website? Does including branding help? Can can tweaking the language on the "Submit" button get more people to click?

Formstack recently set out to answer those question by examining data from more than 450,000 online forms created by publishers across a range of industries.

A key conclusion from the analysis is that the type of form, rather than its length, has the biggest impact on the overall conversion rate (the number of people who submit a form compared with the total number of visitors to the form page).

Of all the form types examined, contests have the highest conversion rate on average (28%) and surveys have the second-highest rate (21%).

Contact forms (those on Contact Us pages) have the lowest conversion rate on average (4%), in part because those pages are often used by visitors for informational purposes (e.g., to find a company's phone number or street address) rather to actually request that a company contact them. 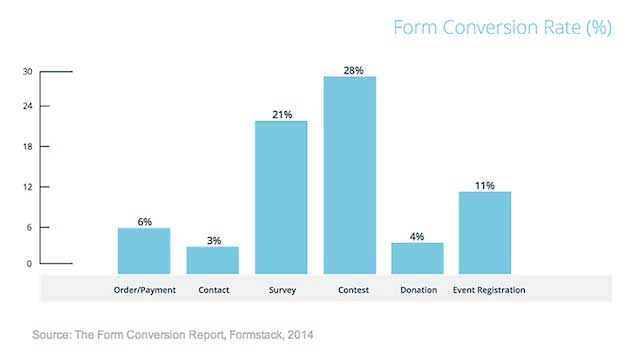 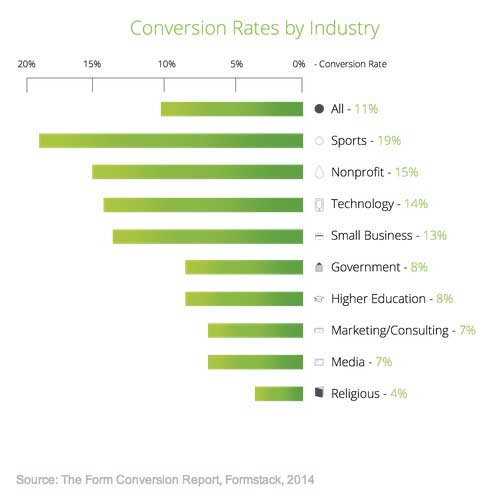 The language most commonly used on "Submit" buttons is not necessarily the most effective, according to the analysis.

For example, "Submit Registration" converts 2.5x more frequently than "Submit Form" on the pages examined, yet is used much less frequently. 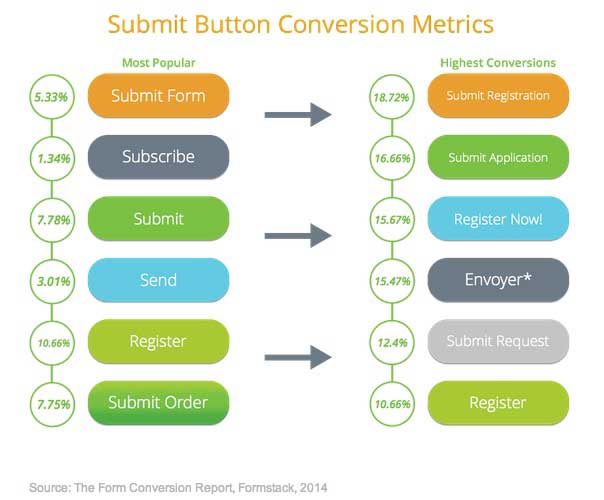 The industries that make the most use of "smart" forms—those that use conditional logic to show or hide questions based on how users respond—tend to have the highest conversion rates. 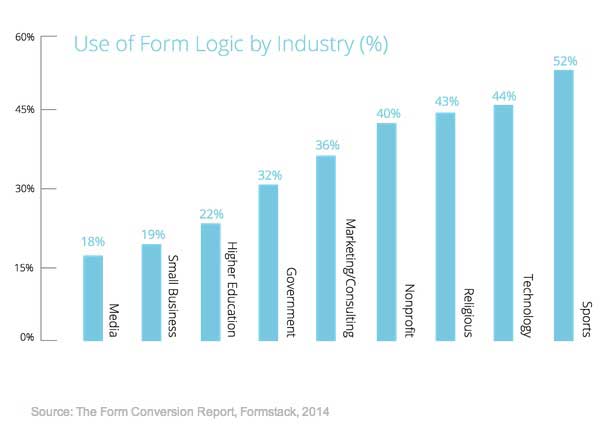 As part of the study, Formstack surveyed publishers on the impact of branding on form clicks: 62% of those polled say they get more conversions when they embed their form on their site as opposed to presenting it on a third-party site.

About the research: The report was based on data from more than 450,000 online forms created by publishers across a range of industries.