When Are Consumers OK With Brands' Collecting Personal Data?

US consumers are generally wary of companies' collecting their personal data, but some are open to it—depending on their age, the transparency of the efforts, and what they get in return, according to a recent report from Software Advice.

Nearly three-quarters (74%) of the 385 adult Americans surveyed say they prefer that their data not be collected or used at all by companies. Of those respondents who are open to their data being gathered, the largest percentages are comfortable with brands' monitoring their likes/dislikes and collecting basic demographic information.

Very few consumers think it is appropriate for brands to collect their current location or contact information. 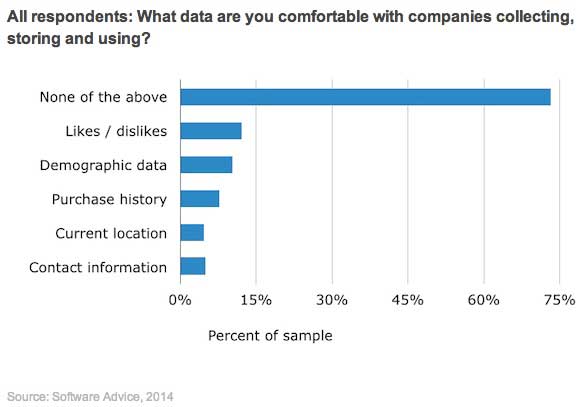 Respondents 25-34-years-old appear to be less opposed to data collection by companies, with only just over half (52.5%) saying they are opposed to it in all situations.

Conversely, older respondents appear to be far more averse to any type of data collection, with 81% of 55-64-year-olds saying they prefer none of their data be stored or put to use. 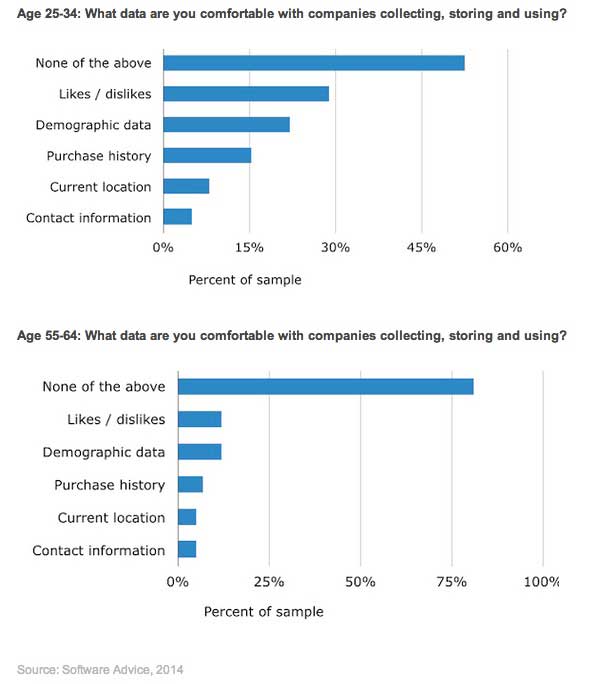 78% of respondents say they believe it is either "extremely common" (54%) or "somewhat common" (24%) for companies to collect customer data such as purchase history, age, and likes/dislikes. 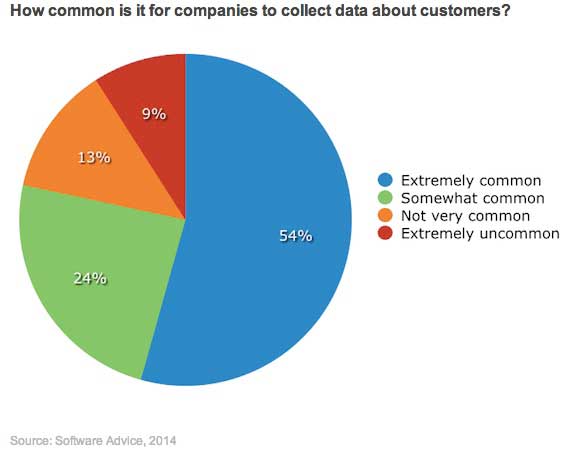 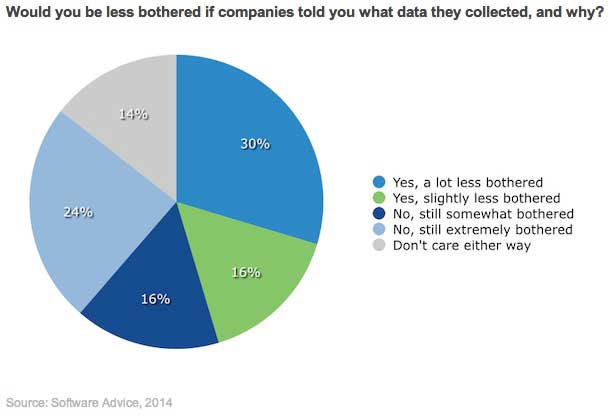 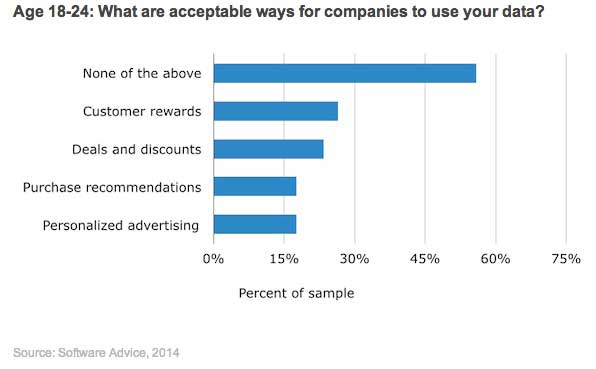 About the research: The report was based on data from a survey of 385 randomly selected adults living in the United States.