US marketers are more skeptical about the launch of new domain name extensions—such as .NYC and .music—than other US business professionals and marketers in other countries, according to recent research from Sedo.

Some 74% of US marketers say the plan to add hundreds (or even thousands) of new generic top-level domains (gTLDs) will make the Internet more confusing, the survey of 1,150 business professionals from the United States, the United Kingdom, China, and Germany found. Only 50% of total US respondents and 43% of all respondents globally agree with that sentiment.

Moreover, US marketers have a more negative outlook toward new top-level domains than they did a year ago, when 62% said the new gTLDs would make the Internet more confusing. 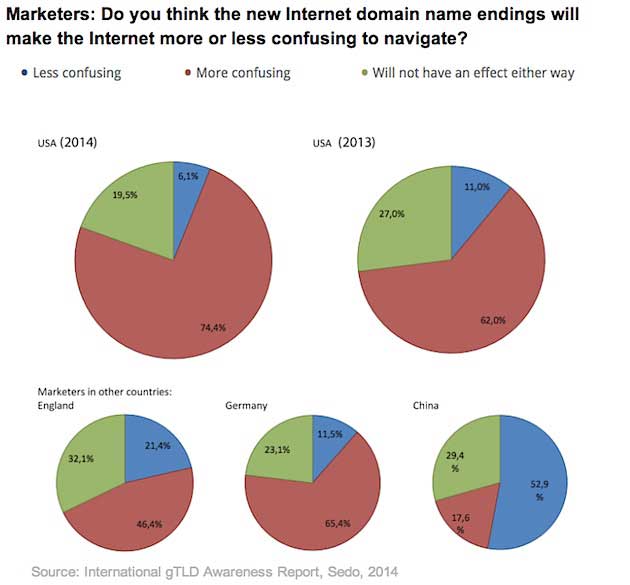 Respondents in China are by far the most knowledgeable about the new gTLDs, with nearly three-quarters aware that some have launched.

Awareness diminishes as one moves westward, through Germany and the United Kingdom, with respondents in the US being the least knowledgeable. 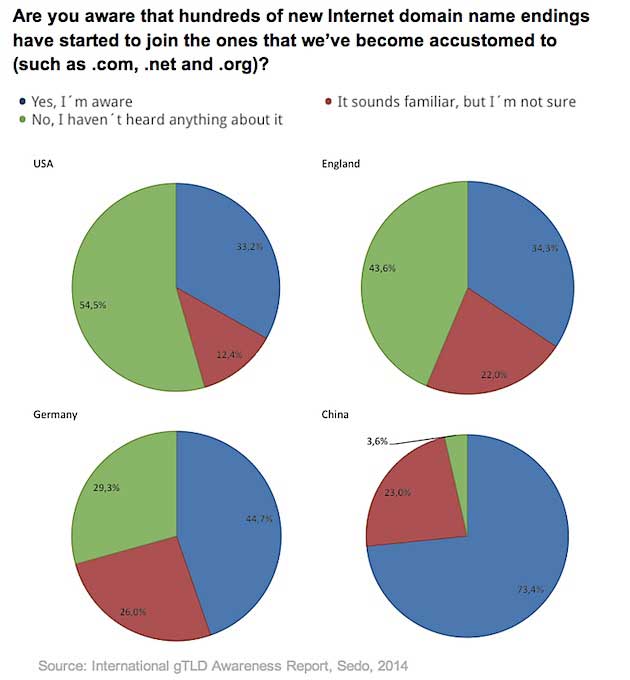 Nearly 20% of respondents in China say their company has already purchased a domain name with a new ending—far higher than in any other country, with Germany having the next highest usage, at 6.5%. 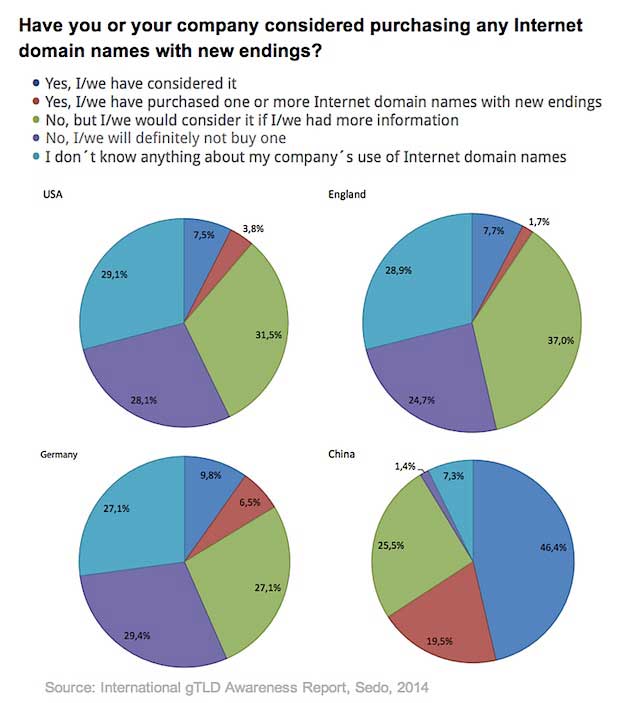 About the research: The report was based on data from survey conducted in May 2014 of 1,150 business professionals from the United States, the United Kingdom, China, and Germany.