The Internet of Things: Consumer Adoption and Perception

Some 30% of consumers in the United States already own or plan to purchase an in-home network-connected appliance—such as a smart thermostat or refrigerator—in the next two years, according to a recent report from Acquity Group.

Moreover, 69% of US consumers surveyed say they expect to own an in-home "Internet of Things" (IoT) appliance in the next five years.

A significant number of consumers also expect to purchase wearable IoT devices—such as smartwatches and heads-up displays—in the coming years. Some 7% of say they already own this type of device, and twice as many (14%) expect to do so by 2015. Exactly half of the consumers surveyed say they may purchase a device in this category in the next five years.

Among IoT wearable technology, fitness applications (such as wristbands) are expected to be adopted at the fastest rate, with 13% of consumers saying they plan to purchase one within the next year. Nearly a quarter (22%) of respondents plan to use wearable fitness devices by 2015, and 43% think they will do so in the next five years.

Smartwatches are the second most popular type of wearable device, with 5% of consumers planning to purchase one in the next year and 8% by 2015. Some 25% of respondents expect to own a smartwatch in the next five years. 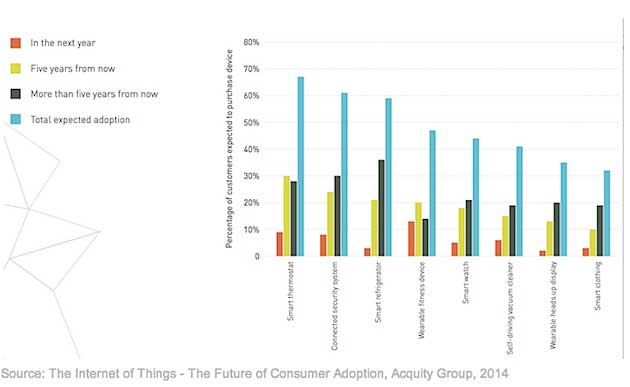 Below, additional key findings from the report, which was based on data from a survey of 2,000 consumers in the United States. 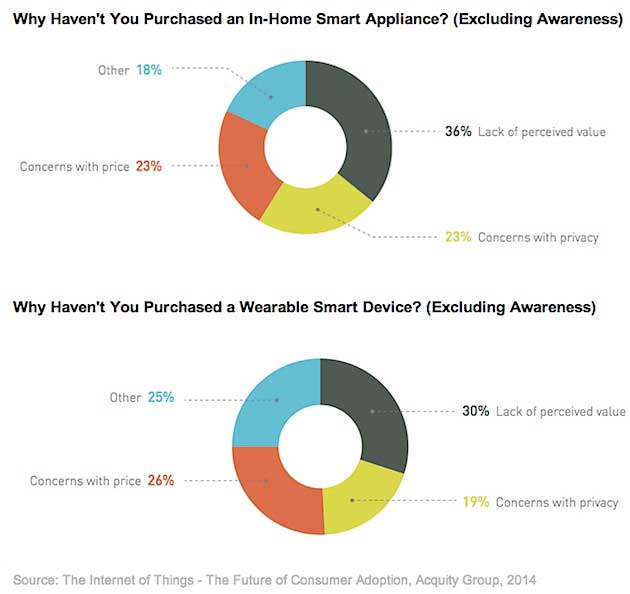 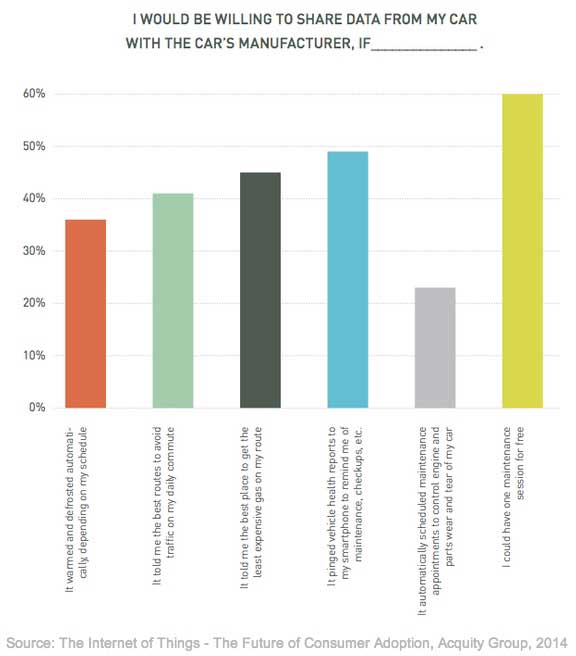 About the research: The report was based on data from a survey of 2,000 consumers in the United States.