Mobile video viewing more than doubled from 2Q13 to 2Q14, and it's up 400% from two years ago, according to a recent report from Ooyala.

Mobile video viewing was up 127% year over year; moreover, it accounted for 27% total of global online video views in June 2014, up from 21% in February.

Much of this rapid growth in mobile video viewership has been driven by faster networks, more bandwidth, and an increasing number of smart mobile devices, the analysis found.

Viewing of online video on mobile devices is on track to make up more than half of all online video views by the beginning of 2016, according to Ooyala's forecasts. 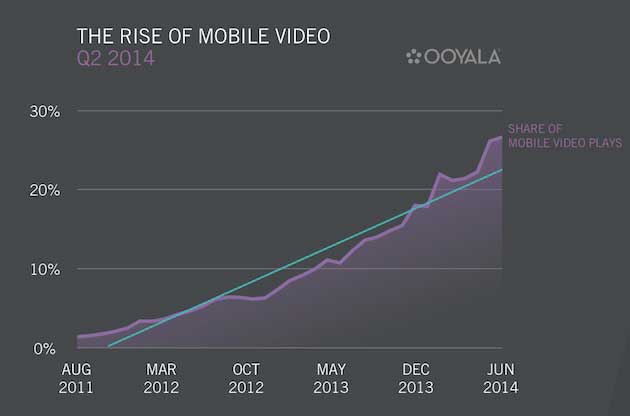 Below, additional key findings from Ooyala's Q2 Global Video Index, which was based on anonymized data from online video viewers in 239 countries. 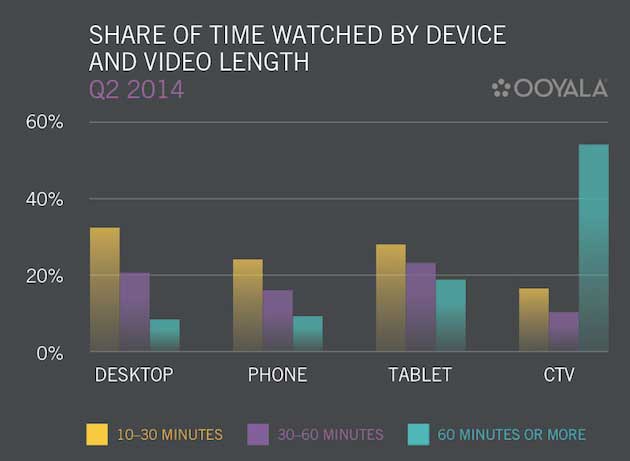 About the research: The Ooyala Q2 Global Video Index based on anonymized data from online video viewers in 239 countries.