More than one-third of consumers (37%) say they most often abandon an online shopping cart because they decide at the last minute that the purchase is too expensive, according to a recent report from Offers.com.

The second most common reason for not completing an online purchase is finding a better price on another website (cited by 24% of respondents).

Just 20% say they almost always purchase the items they put in their online shopping carts. 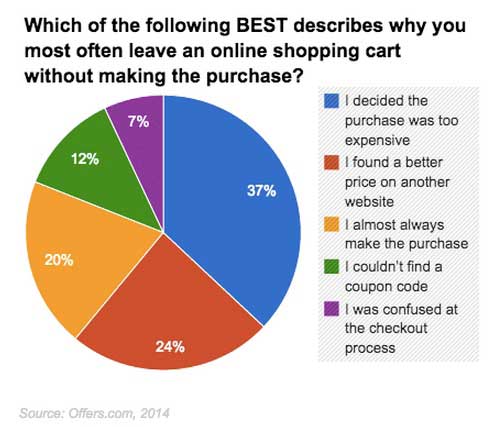 Below, additional key findings from the report, which was based on data from a survey of United States adults who shop online.

What Convinces Consumers to Buy 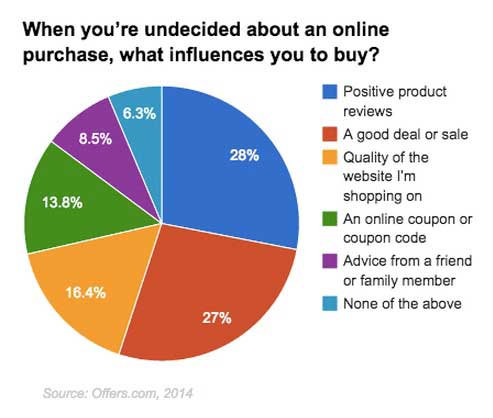 About the research: The report was based on data from a survey conducted in September 2014 of United States adults who shop online.