Are people more likely to say that they love or hate their jobs on Twitter? Does the ratio of love to hate tweets vary by industry, gender, day of the week?

Monster and Brandwatch analyzed more than 1.1 million job-related tweets sent by users in the United States to find out exactly how people take to Twitter to discuss their work.

People working in certain industries are much more likely to tweet about loving or hating their jobs, the analysis found. For example, 37% of all the "hate my job" tweets examined came from retail workers. 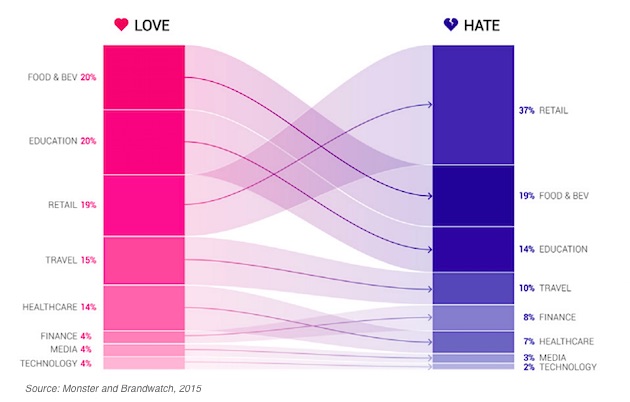 Women are much more likely to tweet both about loving and hating their jobs; some 67% of the examined "love my job" tweets and 61% of the "hate my job" tweets were sent by women. 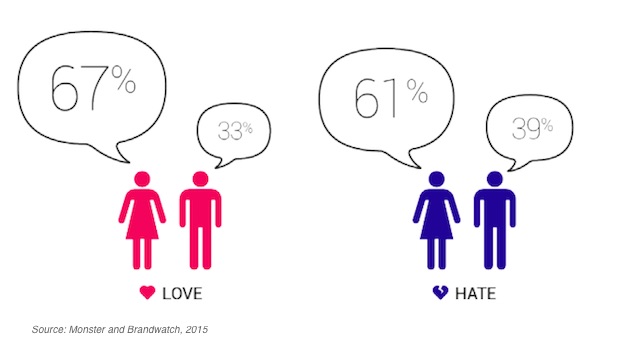 The ratio of love tweets to hate tweets peaks on Fridays (e.g., that's when there is far more positivity expressed than negativity) and hits a low on Sundays. 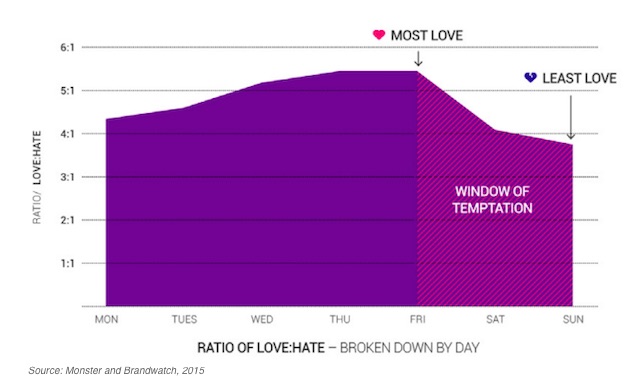 About the research: The report was based on an analysis of 1.1 million job-related tweets sent by users in the United States.