Are SMBs Expecting a Good Holiday Season and 2016?

Some 40% of B2C small and midsize business (SMB) owners expect 2015 holiday revenue to exceed 2014 holiday revenue, according to a recent report from Constant Contact.

The report was based on data from a survey conducted in September 2015 of 893 people who run SMBs in the United States.

Just over one-third (34%) of respondents say they are unsure whether this holiday season will be more profitable than last year’s; 26% expect revenue to decline. 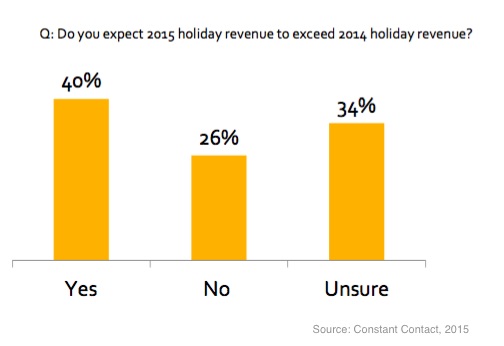 Some 67% of SMB owners expect their full-year 2015 revenue to exceed their 2014 full-year revenue. 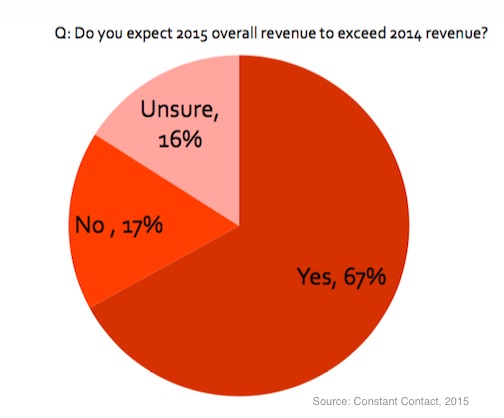 As for 2016 revenue expectations, 78% of SMB owners say they believe revenue will increase compared with 2015; 16% predict revenue will remain flat, and 6% think there will be a decrease. 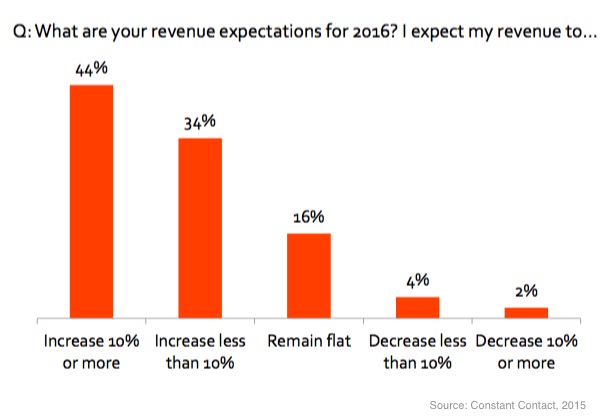 About the research: The report was based on data from a survey conducted in September 2015 of 893 people who run small and medium-sized businesses in the United States.