Is Amazon Better Than Traditional Retailers at Personalization?

Amazon holds a commanding lead over brick-and-mortar retailers in demonstrating an understanding of individual shopper preferences and needs, according to a recent report from Swirl.

The report was based on data from a survey of 1,000 consumers in the United States.

Some 56% of consumers say Amazon demonstrates an understanding of their individual preferences and needs on a regular basis; in contrast, just 25% of respondents say the same about traditional retailers. 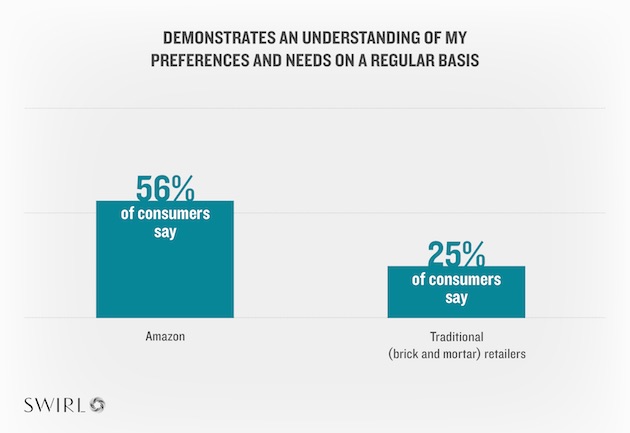 The personalization gap between Amazon and traditional stores is prevalent across every retail category, the analysis found.

However, retailers in categories where point-of-sale and loyalty/rewards programs are common (such as grocery stores) tend to perform significantly better than others. 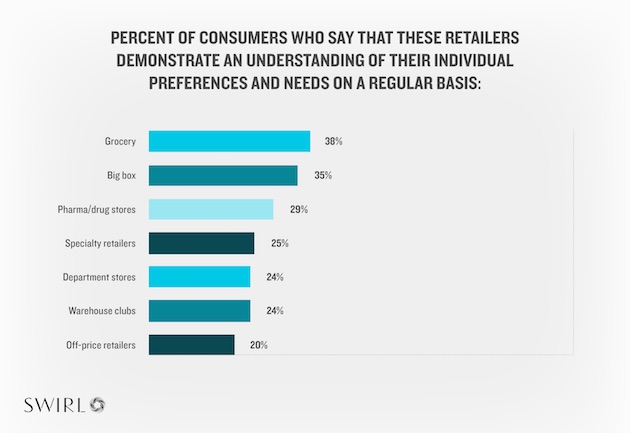 Three-quarters or more of respondents say they find most online, mobile, and email content from traditional retailers to be irrelevant. 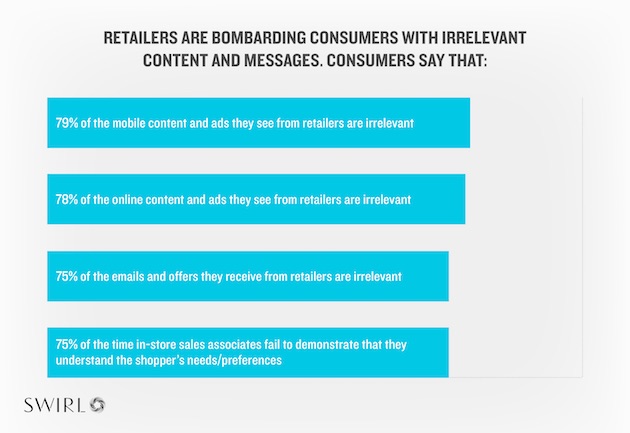 About the research: The report was based on data from a survey of 1,000 consumers in the United States.