Which TV Channels Are Consumers Willing to Pay For?

Which TV channels would consumers most want to include in an à la carte television package if they could build their own?

To find out, TiVo conducted a survey in 3Q16 of 3,140 adults age 18 or older who live in the United States or Canada.

The top cable channels consumers say they would include in a paid à la carte television package are the Discovery Channel (62.1% say so), History Channel (59.7%), and Fox (56.0%). 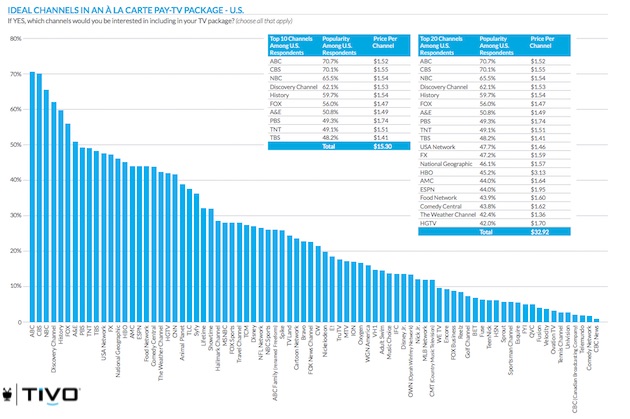 Most consumers (65.6%) say they do not feel overwhelmed by the number of channels in their current paid television service (cable, satellite, etc.) lineup.

Some 72.9% of consumers say they watch 10 or fewer channels in their lineup, on average. 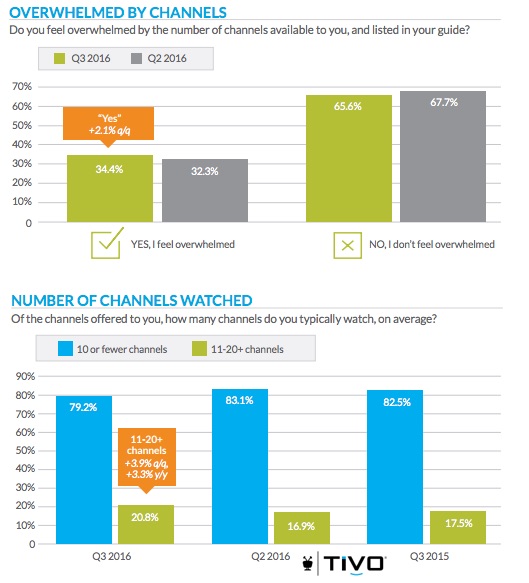 Some 79% of respondents say they are satisfied or very satisfied with the value they are receiving from their paid television service.

Price is the biggest complaint with consumers who are dissatisfied with the value of their paid television service (82% cite it as an issue).

About the research: The report was based on data from a survey conducted in 3Q16 of 3,140 adults age 18 years or older who live in the United States or Canada.