This Is What Works in Facebook Headlines: The 20 Most Effective Phrases

Which phrases in headlines are most effective in encouraging people to engage with articles on Facebook?

To find out, BuzzSumo examined the performance of 100 million article headlines published between March 1, 2017 and May 10, 2017. The researchers looked at which trigrams (three-word phrases) garner the most likes, shares, and comments on Facebook.

The analysis found that the most effective three-word phrase in article headlines on Facebook is "will make you" (e.g., "24 Pictures That Will Make You Feel Better About The World").

The next most effective phrase is "this is why"; "can we guess" ranks third, followed by "only X in" and "the reason is." 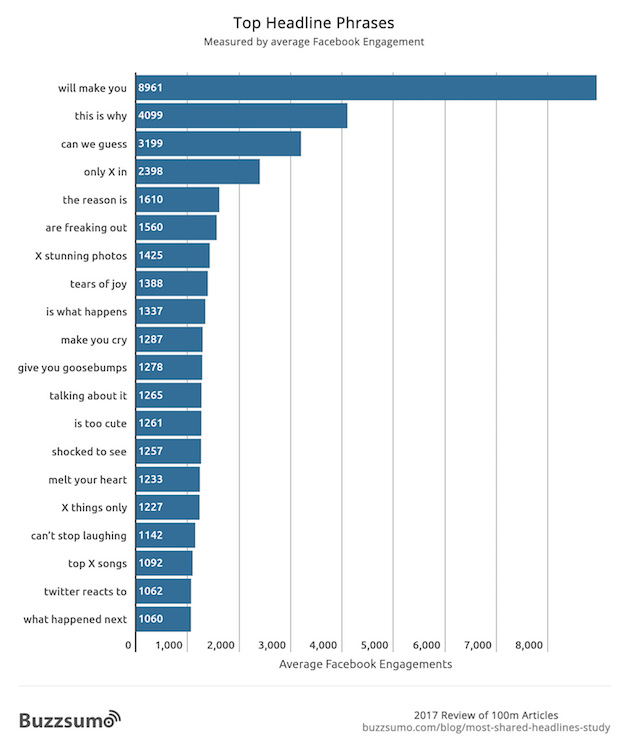 The worst-performing headline phrase on Facebook is "control of your"; "your own business" ranks second, followed by "work for you" and "the introduction of." 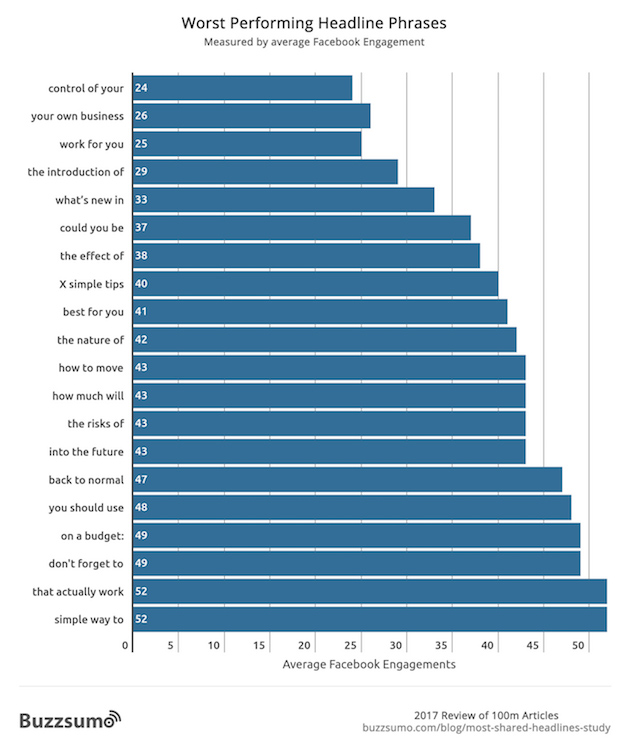 The best-performing phrase at the beginning of headlines is "X reasons why"; "X things you" ranks second, followed by "This is what" and "This is the." 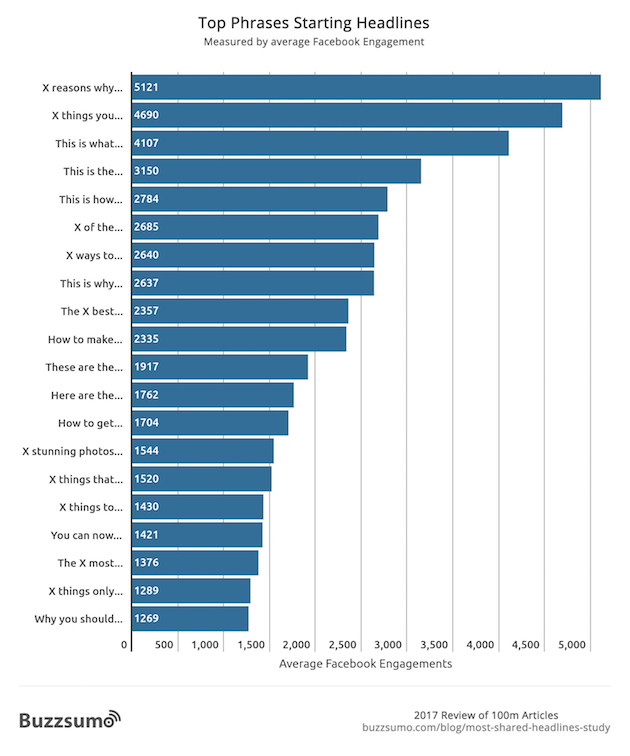 The best-performing phrase (in this instance, consisting of two words) at the end of headlines is "the world"; "X years" ranks second, followed by "goes viral" and "to know." 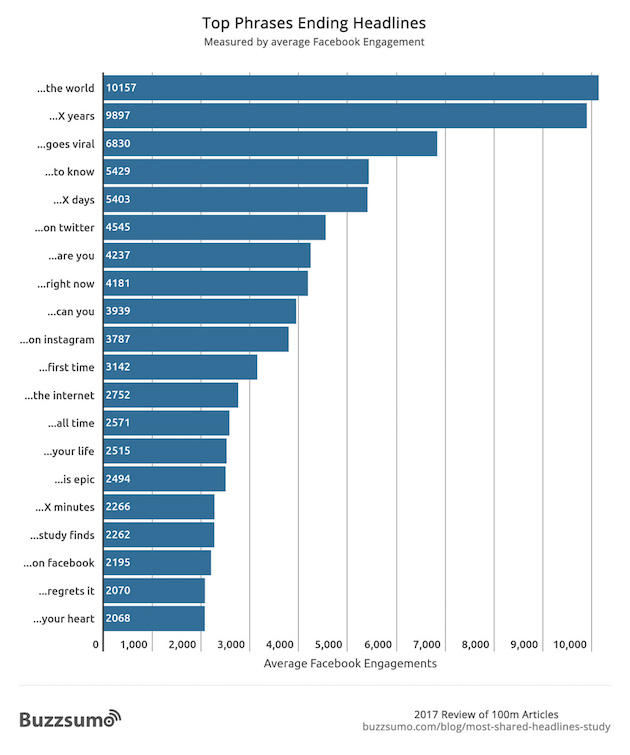 About the research: The report was based on an analysis of the performance of 100 million article headlines published between March 1, 2017 and May 10, 2017. The researchers looked at which trigrams (three-word phrases) garnered the most likes, shares, and comments on Facebook.