The State of OTT Video Viewing: Top Devices and Platforms

Some 51 million US households now engage in over-the-top (OTT) streaming of video content—i.e., via the Internet to a television set—according to recent research from comScore.

The report was based on April 2017 data from comScore's panel of 12,000 households across the United States.

More than half (54%) of households with wifi now engage in OTT viewing, the analysis found.

The number of households that engage in OTT viewing has increased steadily since last fall. 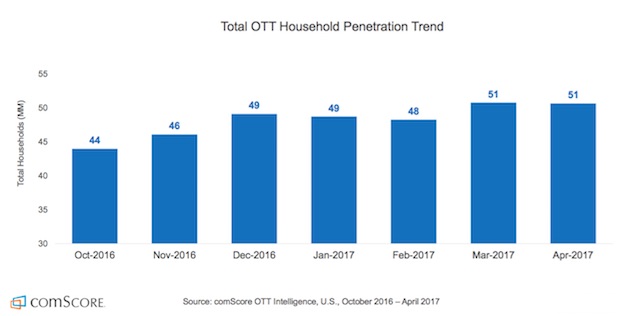 Netflix accounts for 40% of households' total OTT viewing hours, the analysis found; YouTube accounts for 18%, Hulu for 14%, and Amazon for 7%. 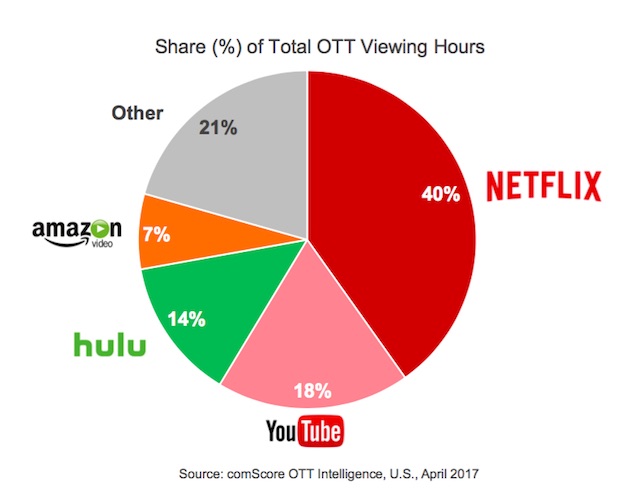 About the research: The report was based on April 2017 data from comScore's panel of 12,000 households across the United States.