The Top 15 US Web Properties and Mobile Apps

Google and Facebook control both the most-visited Web properties and the most-used mobile apps in the United States, according to recent research from comScore.

The report was based on June 2017 comScore measurement data.

Google-owned sites, including YouTube and other platforms, were the most-visited Web properties by US consumers in June (241 million unique visitors across mobile devices and desktop computers, combined).

Facebook was the next most-visited Web property (204 million unique visitors). 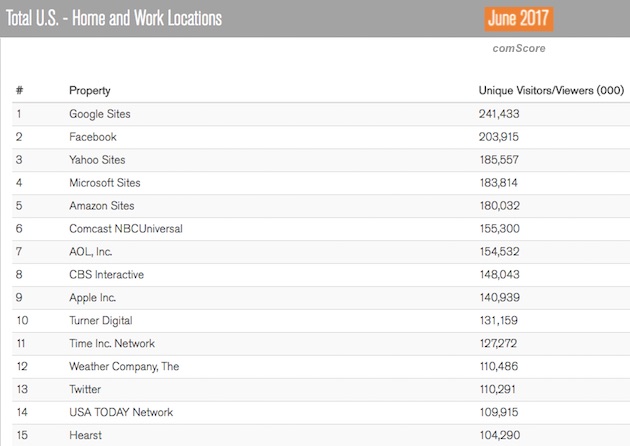 Facebook's app was the most popular with US adults in June (76% reach among people age 18+); YouTube ranked second (67%). 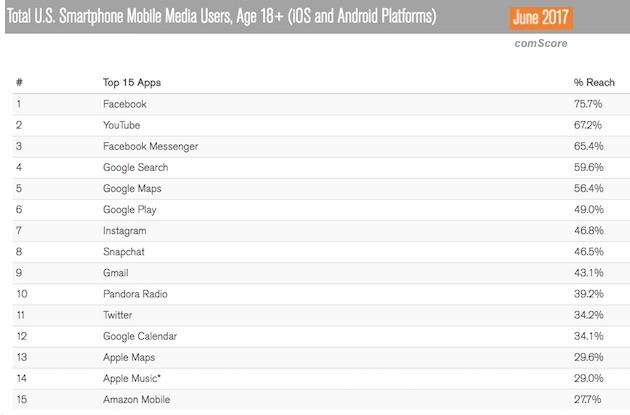 About the research: The report was based on June 2017 comScore measurement data.