San Francisco is the US city offering the most jobs (per capita) for digital marketers seeking employment, according to recent research from MarketPro.

The report was based on an analysis of digital marketing job postings on Indeed, ZipRecruiter, and LinkedIn. 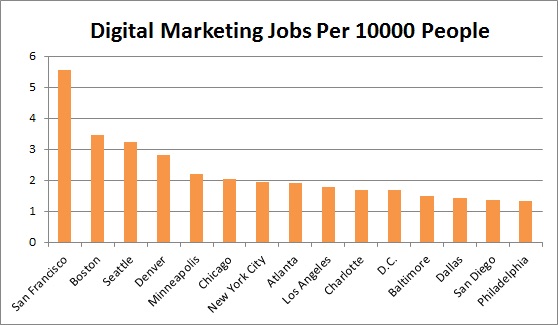 About the research: The report was based on an analysis of digital marketing job postings on Indeed, ZipRecruiter, and LinkedIn.