The report was based on data from a survey conducted in September 2017 among 1,500 US shoppers who own smartphones.

Some 60% of men say they have been enticed into physical stores during the holiday season by great deals advertised in windows. That compares with 55% of women who say so.

Some 61% of men, compared with 54% of women, say they have been drawn into physical stores during the holiday season by online ads.

Consumers age 18-to-34 are more likely than consumers age 35+ to be drawn into physical stores by emails and online ads. 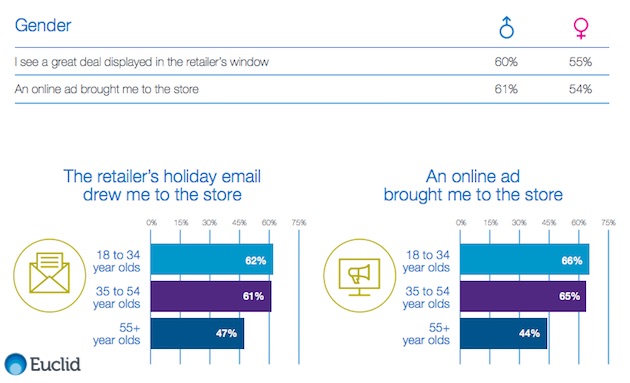 Men and younger consumers are more likely than women and older consumers to rank gift-wrapping services and curated gift selection as important services offered by stores.

Younger consumers are more likely than older consumers to say they would chose one retailer over another during the holidays because of the store experience. 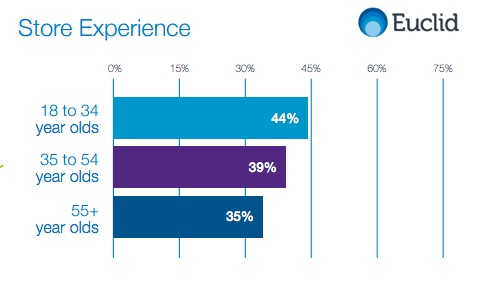 About the research: The report was based on data from a survey conducted in September 2017 among 1,500 US shoppers who own smartphones.