What Consumers Pay Attention to in Local Business Reviews

Average star rating is what most consumers pay attention to when evaluating a local business based on its online reviews, according to recent research from BrightLocal.

The report was based on data from a survey conducted in October 2017 among 1,031 consumers in the United States.

More than half (54%) of respondents say they pay attention to the average star rating when looking at the online reviews of a local business.

Some 46% of respondents say they pay attention to the number of online reviews. 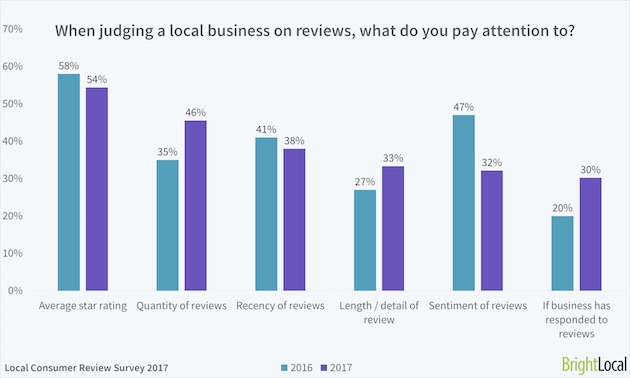 Most (87%) consumers say that a business needs an average rating of between three and five stars before they will use/visit it.

Some 9% of consumers say they will only use/visit local businesses with five star ratings. 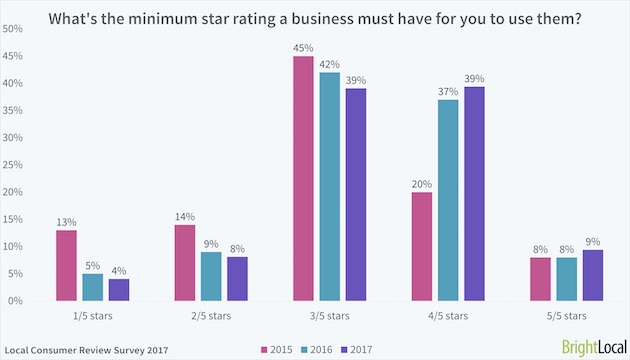 Some 68% of consumers who read reviews say that they will look at four or more, on average, before deciding whether to trust a business. 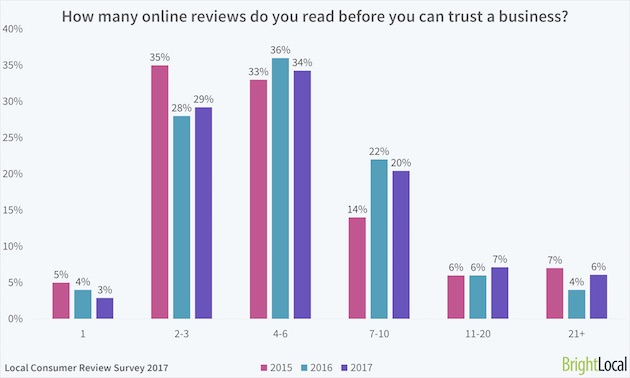 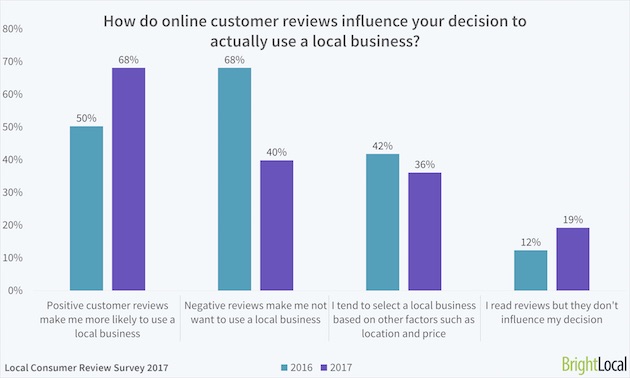 About the research: The report was based on data from a survey conducted in October 2017 among 1,031 consumers in the United States.