How Consumers Feel About Haggling

There are big differences in how people from different nations feel about haggling over prices, according to recent research from Picodi.

The report was based on data from a survey of 1,700 consumers from around the world.

More than half of consumers in Indonesia, India, the Philippines, Brazil, Italy, and France say they enjoy haggling over prices.

The average discount gained from haggling is 17% for men and 18% for women. 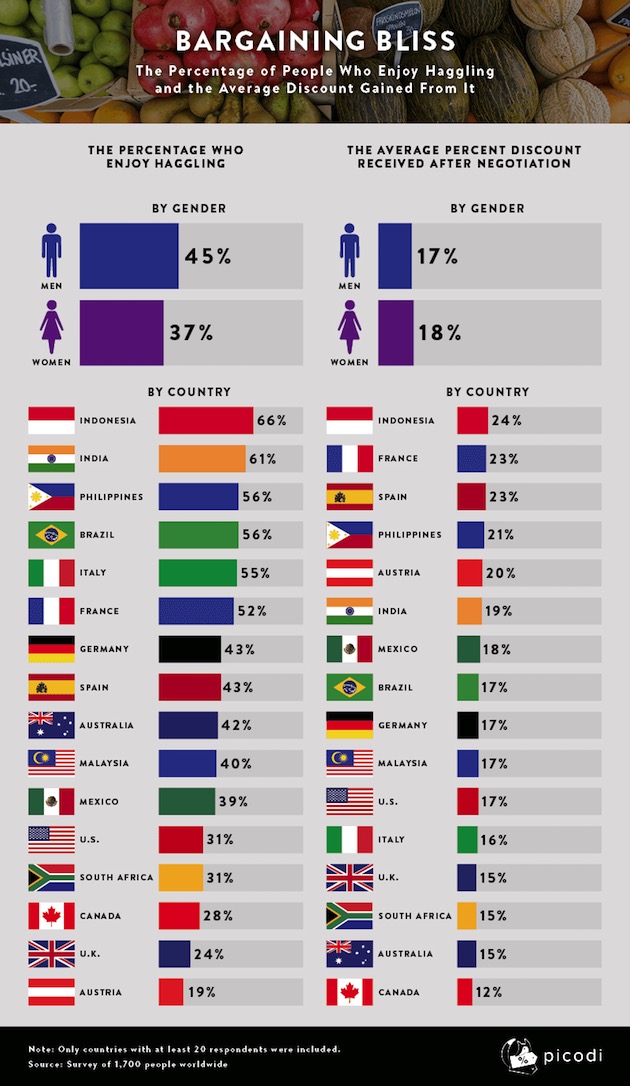 About the research: The report was based on data from a survey of 1,700 consumers from around the world.