The State of PR Jobs: Hiring and Salary Trends

The number of people employed as public relations (PR) specialists and PR managers in the United States has steadily risen over the past few years, according to recent research from PR Underground.

The report was based on an analysis of data published by the US Bureau of Labor Statistics. 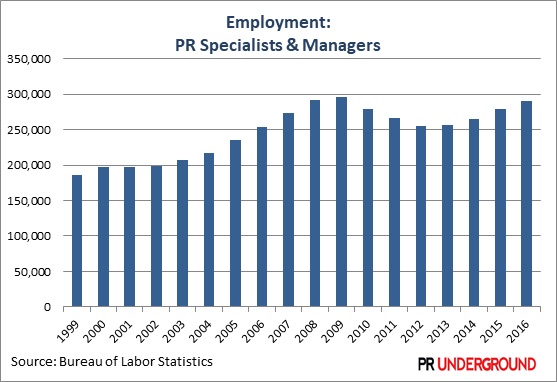 The annual real wage growth for nonmanager positions in the PR industry was 0.09% between 2008 and 2016. 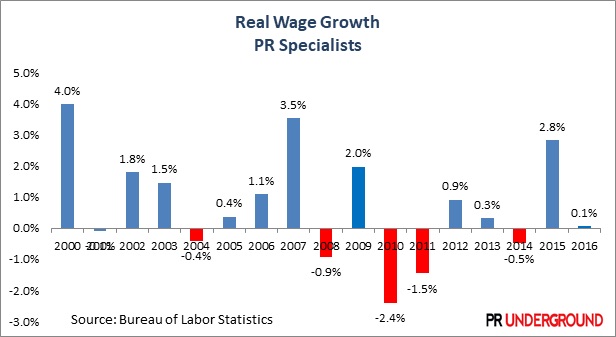 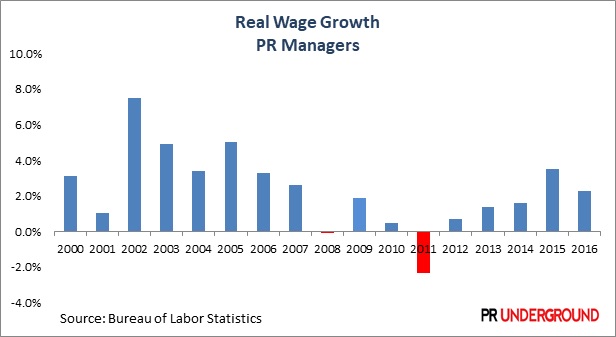 The pay gap between management and nonmanagement positions in the PR field has doubled over the past 17 years: Managers are now paid 85% more, on average, than their subordinates. 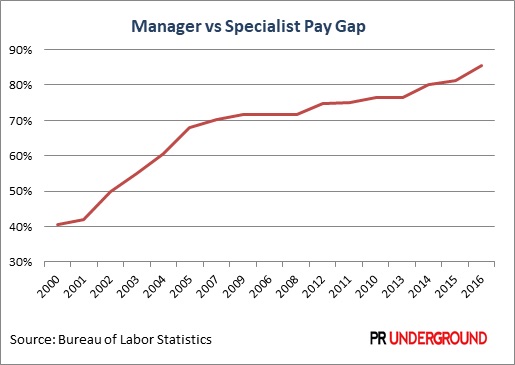 About the research: The report was based on an analysis of data published by the US Bureau of Labor Statistics.

You may like these other MarketingProfs articles related to Public Relations: