The 10 Most In-Demand Companies on LinkedIn

Amazon is the company US professionals on LinkedIn most want to work for, according to recent research from the social network.

The report was based on an analysis of billions of actions taken by LinkedIn members in the United States.

Alphabet, the parent company of Google, ranked as the second most desirable employer. 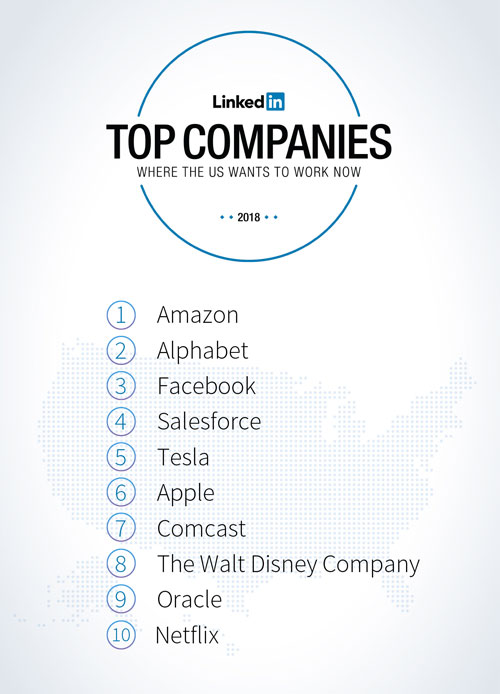 About the research: The report was based on an analysis of billions of actions taken by LinkedIn members in the United States.