Mobile vs. Desktop: The Share of Video Plays by Device Type

Most digital videos are now watched by consumers on mobile devices and not on desktop computers, according to recent research from Ooyala.

The report was based on Ooyala 4Q17 data from videos hosted on the digital platforms of publishers and broadcasters around the world.

In North America, some 58% of the 4Q17 video plays examined by Ooyala occurred on mobile devices—up from 54% in 3Q17. 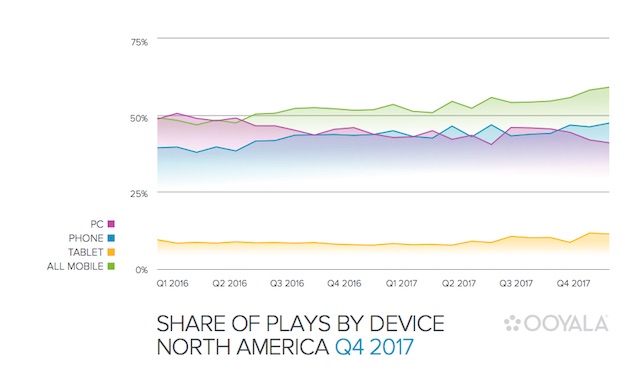 The trend of video viewing moving from desktops to mobile devices is even more pronounced in APAC than in North America. 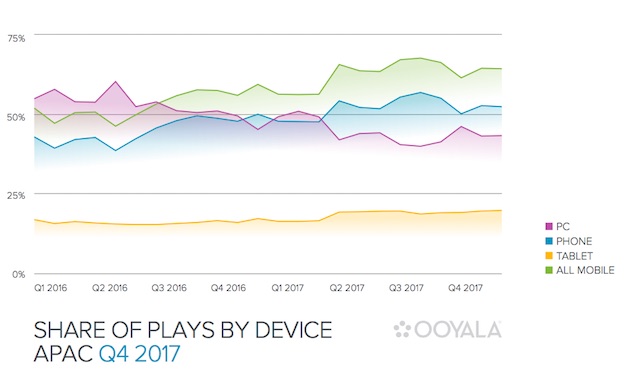 About the research: The report was based on Ooyala 4Q17 data from videos hosted on the digital platforms of publishers and broadcasters around the world.