The Work-Life Balance of SMB Owners

Most owners of small and midsize businesses (SMBs) say they work for more than three hours on the weekend and check business-related emails, calls, and texts during their free time, according to recent research from GetResponse.

The report was based on data from a survey conducted in July 2018 among 4,237 SMB owners.

Some 93% of SMB owners say they check their business-related emails, calls, and texts during their free time. 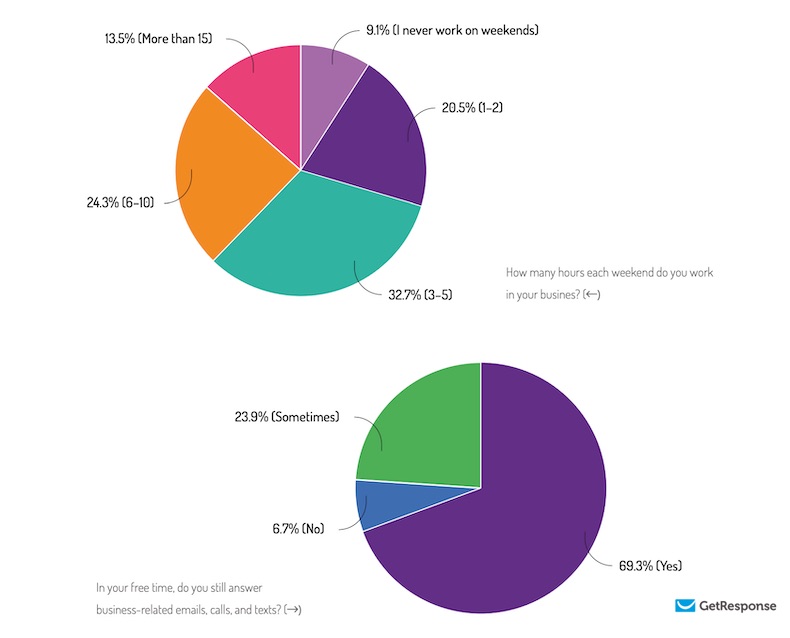 Nearly half (48%) of SMB owners say they never take a break from thinking about work. 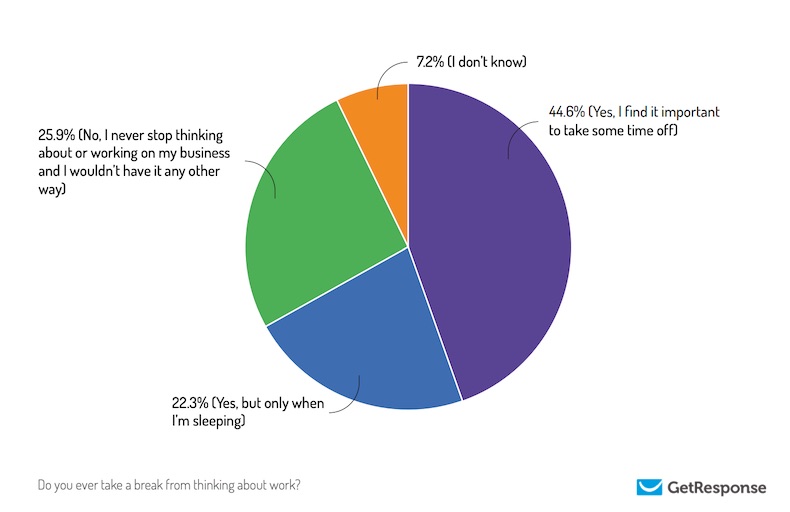 Nearly one-third (32%) of of SMB owners who used to work a corporate job say they started their own business to have a better work-life balance.

Some 92% of respondents say it is important for them to balance their work and their personal life. 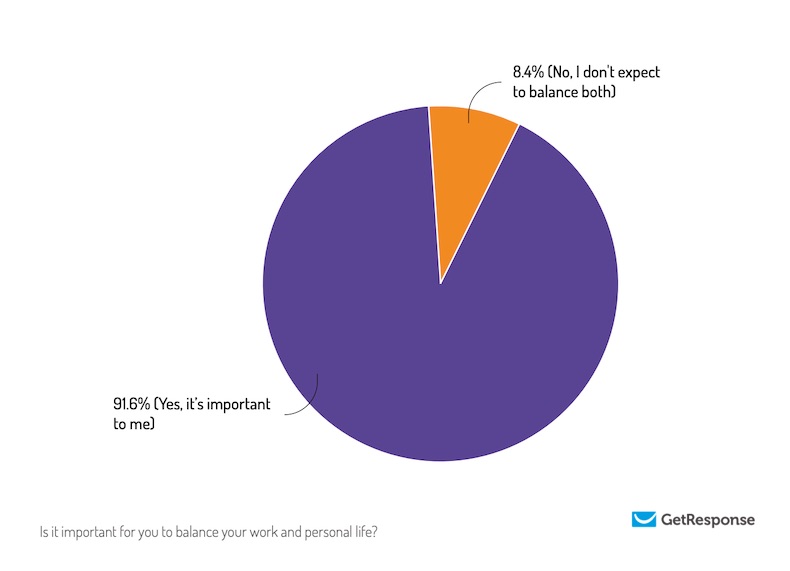 About the research: The report was based on data from a survey conducted in July 2018 among 4,237 SMB owners.