Why Employees Get Fired

Employees and employers have somewhat differing opinions about what causes people to be fired from jobs, according to recent research from Airtasker.

The report was based on data from a survey of 831 individuals who have lost a job and 93 employers.

Respondents who have been fired from a job say they think it occurred because of personality conflicts (30% cite a key reason), because their boss was a jerk (23%), because of office politics (19%), and because of poor performance (18%).

Employers say the last person they fired was let go because of attitude issues (57% cite as a key reason), because of personality issues (41%), because the person was not completing their job as described (40%), and because or poor attendance (34%). 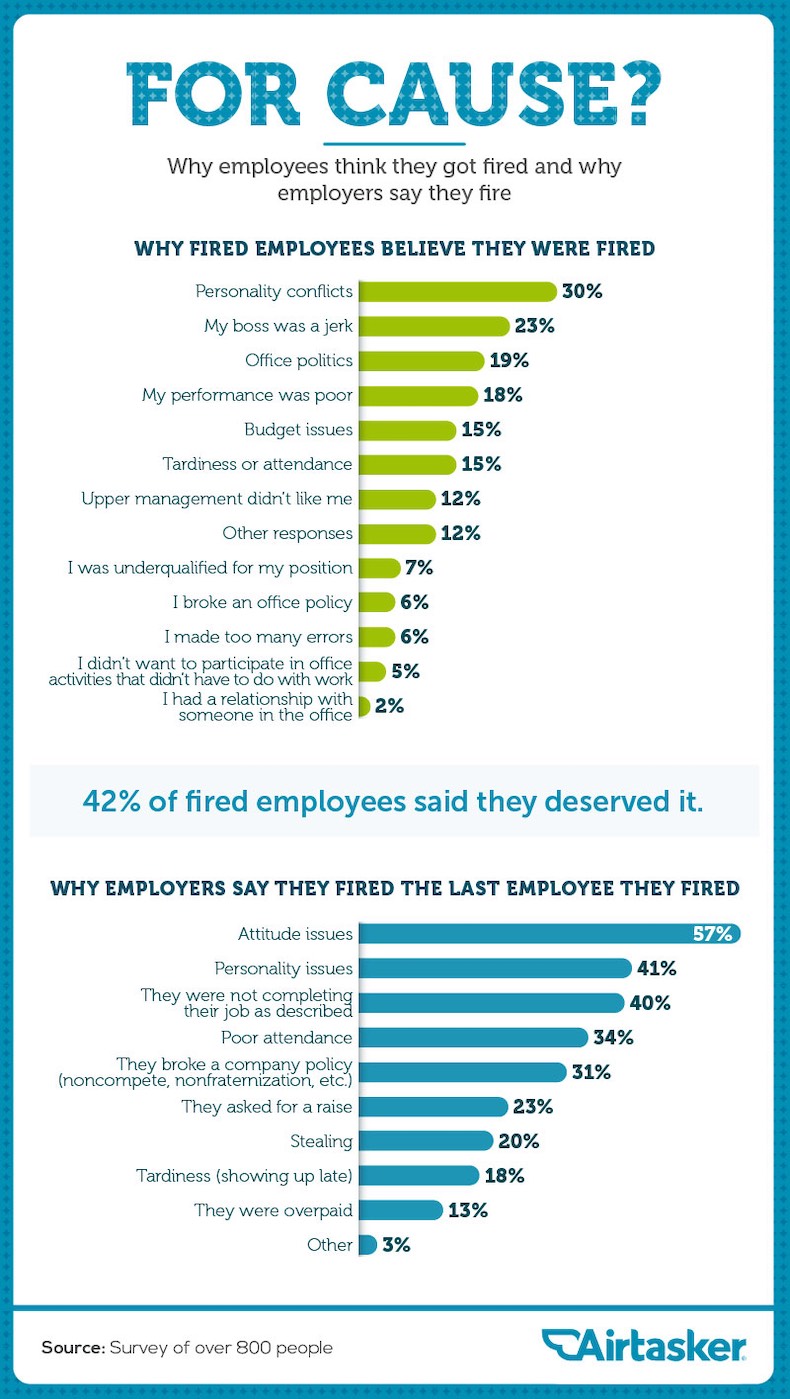 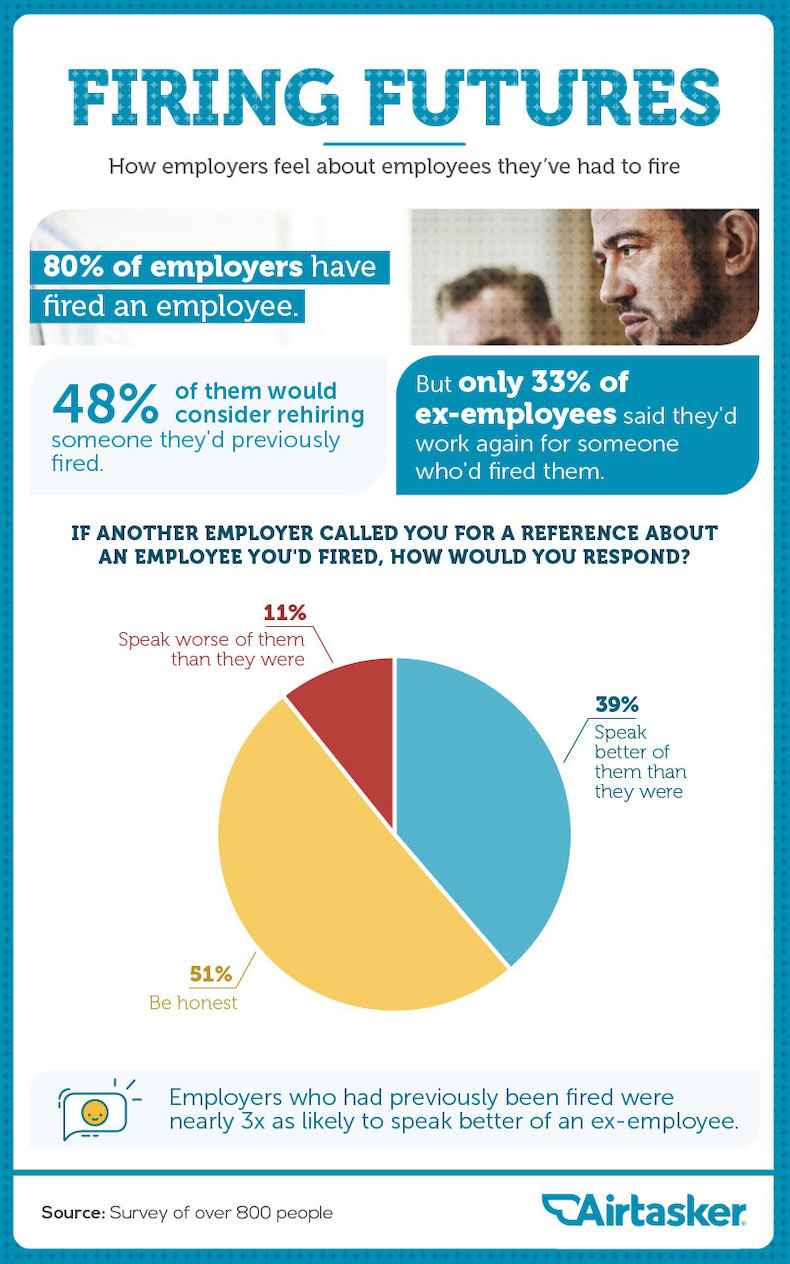 About the research: The report was based on data from a survey of 831 individuals who have lost a job and 93 employers.